The Sud-Paca region of France has selected Transdev and SNCF for its first passenger rail contracts. 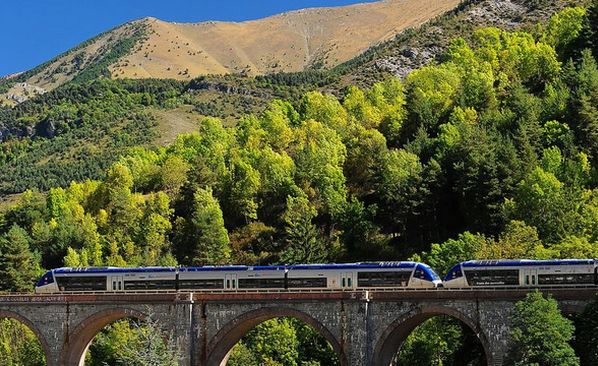 SNCF will retain operation of the scenic Nice - Tende service.

These choices will be put to a vote by the regional council on October 29 when the final decision will be made, although SNCF has already put out a communiqué on the subject. This is Sud-Paca first tender for the operation of passenger services and the tendering process started in February 2020. Trenitalia also submitted bids for both contracts.

If confirmed, Transdev’s contract will start in mid-2025 and run for 10 years with an option for a two-year extension. The contract involves 2.6 million train-km a year with annual revenue expected to be around €50m.

A total of €250m will be invested during the contract, mainly in new rolling stock to replace SNCF’s old locomotive-hauled trains and a new depot in Nice for their maintenance. Transdev has already launched a tender for the supply of new trains. The operator will increase train frequency between Marseille and Nice from seven to 15 trains per day.

TER services in Sud-Paca, which carry 40 million passengers a year on 550 daily trains, have been considered some of the most problematic in France for many years due to the large numbers of strikes, numerous train cancellations and delays as well as poor revenue protection. Sud-Paca has been one of the most fervent supporters of opening TER services to competition and will expect the new entrant to improve services on all levels.

SNCF has retained two-thirds of the services opened to competition with its Etoile de Nice contract which is due to begin in December 2024 and totals 4.3 million train-km a year. SNCF will continue to operate the busy Cannes - Nice - Ventimiglia stopping service which will be stepped up from a 30-minute interval service to trains running every 15 minutes, plus less frequent services from Cannes to Grasse and Les Arcs, which will continue to be operated with double-deck EMUs. The contract also includes the DMU-operated Nice - Tende line which has now reopened following repairs to damage caused by severe flooding in October 2020.