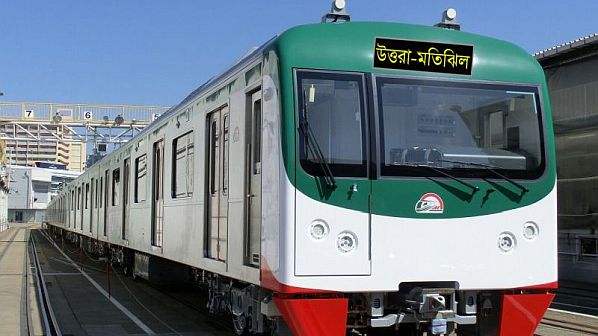 THE first trial run on the Dhaka Mass Rapid Transit Line 6 was carried out in Bangladesh’s capital on August 29.

A six-car train made a return trip from the Uttara Terminal depot, passing three stations. It was flagged off by Bangladeshi road transport and bridges minister, Mr Obaidul Quader, at the depot in Dhaka.

According to Quader, should all the trials and inspections go as planned then the line will open by December 2022 as planned. Trains will run every four minutes in each direction, and it is expected that 60,000 passengers will use the line each hour.

The 20.1km line, which will cost $US 2.8bn, consists of 16 elevated stations, each 180m long. Apart from the depot and some of the accompanying infrastructure, the entire Line 6 is elevated.

Dhaka Mass Transit Company Limited (DMTCL) is a Bangladeshi state-owned enterprise that was founded to implement the metro lines across the country’s capital.

Chinese state-owned Sinohydro Corporation and Italian-Thai Development Public Company were contracted in May 2017 to undertake the civil construction work for the new line.

On September 12 the fifth MRT Line 6 train was delivered to Moga sea port for transport to Dhaka. Kawasaki Heavy Industries is delivering a $US 369.1m contract to build 24 six-car electric trains capable of 100km/h. The trains are 118.8m long and made of lightweight stainless steel. They are being built entirely in Japan.