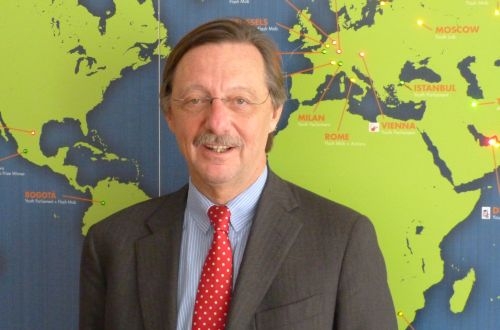 Grow with Public Transport is a communications campaign designed to support UITP's PTx2 project, which was launched in 2009 with the aim of doubling public transport ridership by 2025.

"We want to develop more and better public transport," says UITP secretary general Mr Alain Flausch. "With the changing times we face today, it is high time to act."

The objective of the campaign is to challenge negative perceptions of public transport and instead make it the preferred choice for passenger journeys. UITP is keen to put legislators on the side of public transport, convince investors to take it seriously, provide better support to its members and raise awareness.

A dedicated website growpublictransport.org will go live on Monday, and this will incorporate a second initiative, the financial toolbox. The toolbox is designed to provide UITP members, and local authorities with guidance on how to identify and develop alternative sources of funding to build new revenue streams and attract capital investment.

"The cost of public transport is increasing due to the rise in passengers, and higher unit costs for energy and labour which have been increasing faster than the rate of inflation for the last 10 years," says Mr Jerome Pourbaix, the UITP's senior transport economist. "At the same, people have higher expectations, but it is increasingly difficult for municipalities to fund projects. It is not the role of the UITP to say what the best solution is, but to help cities make well-informed decisions."