Rail and public transport set to receive unprecedented investment that will support new projects as well as infrastructure upgrades and the purchase of new equipment. 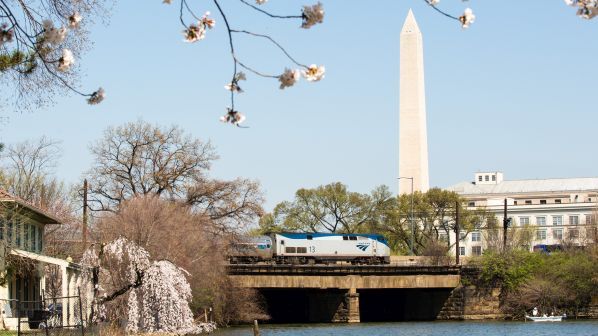 US lawmakers have passed a landmark infrastructure investment package, which will support the planned transformation of Amtrak’s operations across the United States.
Photo Credit: Amtrak

THE United States House of Representatives has finally reached a consensus and voted to pass the $US 1 trillion Infrastructure Investment and Jobs Act, which includes $US 550bn in new funding and significant spending on rail and public transit. The bill, the most significant act of public spending on infrastructure in the US in decades and a major policy initiative of the Biden administration, will now pass to the president to sign into law.

Passenger and freight rail will receive $US 66bn in additional funding. The new cash will eliminate Amtrak’s maintenance backlog, support projects to modernise the North East Corridor (NEC) and Amtrak’s plans to expand service coverage to areas outside of the Northeast and Mid-Atlantic region. The package includes $US 12bn in partnership grants for inter-city rail services, including high-speed rail.

Public transit is set to receive $US 39bn, helping to expand as well as repair and upgrade existing infrastructure, improve accessibility, and introduce new fleets. Current transit programmes will also continue for five years as part of the surface transport reauthorisation, increasing guaranteed available funding to $US 89.9bn over the next five years, which the White House says is the largest investment in public transit in US history.

The bill also includes nearly $US 845m per year for highway-rail grade crossing safety and elimination projects and an average of $US 5.55bn per year for discretionary infrastructure grant programmes, including $US 1bn annually for the Consolidated Rail Infrastructure and Safety Improvement (CRISI) grant programme, which provides essential support to short line and passenger railways as well as state departments of transportation. The bill also includes support for research and development, and demonstration projects that will play an important role in helping railways to continue to reduce their greenhouse gas emissions.

The bill had passed to the House after 19 Republican senators joined with their 50 Democrat colleagues to approve the agreement in August. Although short of the $US 2 trillion investment including $US 621bn of new spending outlined in his American Jobs Plan released in April, Biden described the passage of the bill as a “monumental step forward,” and a “once-in-a-generation investment that is going to create millions of jobs.” It has also been widely welcomed by the US rail and transit community.

Amtrak board chair, My Tony Coscia, says the funding will herald the “start of a whole new era for improved and expanded Amtrak service.” He said he was grateful to the administration and congress for their belief in Amtrak and the power of passenger rail to help tackle the climate crisis, create economic opportunity and expand mobility for our nation. These sentiments were echoed by Amtrak CEO, Mr Bill Flynn.

“These are issues that we can no longer ignore and with enactment of this legislation, the public transit industry will be uniquely positioned to address these issues head on,” Apta says.

Apta also vowed to continue to work with congress and the Biden administration to advance the Build Back Better Act and to make the necessary investments to provide public transit access to affordable housing and building high-speed passenger rail. “These investments are critical to meet the evolving mobility needs of our cities and communities,” Apta says.

“As we continue to navigate supply chain challenges, the need for thoughtful funding and policy solutions over the long term that this bipartisan package delivers are even more clear,” says Mr Ian Jeffries, president and CEO of the Association of American Railroads (AAR). “Thanks to the hard work of many, our nation will make the significant, long over-due investments we need to modernise our public infrastructure, enhance safety and support future economic growth.”

The September 2021 edition of IRJ includes an in-depth interview with Flynn who outlines Amtrak’s investment ambitions and looked ahead to what the Infrastructure Bill funding could mean for the passenger railway. Website subscribers can read it here.