THE CEO of Netherlands Railways (NS), Mr Roger van Boxtel, has announced he will resign on September 30. 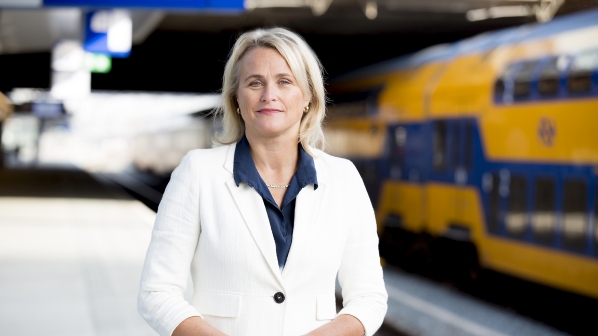 Van Boxtel will be succeeded by Mrs Marjan Rintel, a member of NS’ board of directors and director of operation who joined the company in 2014. Rintel starts at a difficult time, with NS expected to lose €4.7bn by 2025 due to the coronavirus pandemic.

“With Marjan Rintel, NS opts for a director who knows the company, its employees and the traveller to the core,” says chairman of the supervisory board, Mr Gerard van de Aast. “In recent years, Marjan has led NS with great energy to excellent operational results. We are pleased that Marjan wants to lead NS and further develop the company together with the employees at home and abroad into a broad mobility company that continues to put the traveller first.”

“I am proud of the results we have achieved for our customers with all NS employees in recent years,” Rintel says. “And I also have a strong belief in NS’ mission to keep the Netherlands accessible to everyone. I realise that because of the current crisis we are in completely different times, which motivates me extra to work with energy and passion for the major social contribution that NS makes for the Netherlands. We face major challenges in areas such as mobility, housing, sustainability and quality of life. In the role of president and director, I look forward to contributing to solving these issues together with my NS colleagues.”

Van Boxtel’s term was due to expire in August, but he will stay on an extra month to ensure a smooth transition. He was appointed CEO of NS in June 2015 following the resignation of Mr Timo Huges, who stepped down following irregularities during the tendering for regional services in the Dutch province of Limburg.

Van Boxtel steps down following the successful lobbying for political backing to support a 15-year concession for NS to operate the Dutch core network, which was announced earlier this month.

The minister of finance, Mr Wobke Hoekstra, has also reappointed Mr Berg Groenewegen as CFO of NS for another four years.