Victoria signs contract with Alstom for 25 new EMUs for Melbourne 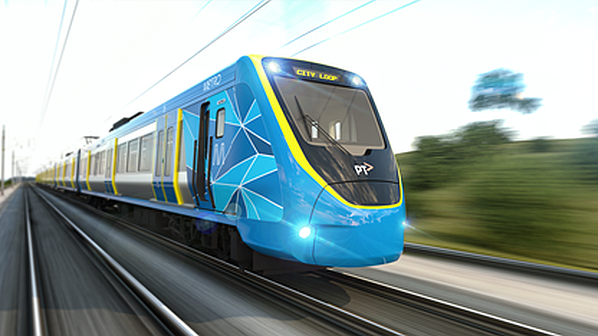 VICTORIA’s Department of Transport (DoT) has awarded Alstom a contract to build 25 six-car X’Trapolis EMUs for Melbourne as part of a $A 986m ($US 713.2m) investment in new trains and infrastructure. This followed a budget announcement by the Victoria State government on May 18 when it was confirmed the trains would be built for the city’s suburban rail network.

The contract includes a commitment to deliver the trains with at least 60% local content. An Alstom statement on September 20 valued the trains at €300m.

The 1.5kV dc X’Trapolis 2.0 EMUs will have capacity for 1240 passengers. They will be built at Alstom’s Ballarat factory, which is about 120km north west of Melbourne, where 150 new jobs will be created as a result of this contract. The trains will also be fully accessible.

Detailed design work is now underway, and an interior mock-up will be built for stakeholder consultation that is planned for next year. Construction of the fleet will begin after that.

The trains will run on three lines - Craigieburn, Upfield and Frankston - which Alstom says means they will serve three of Melbourne’s fastest-growing suburbs.

“We’ve added hundreds of new services to our timetable and we’re delivering a big pipeline of new trains and trams to support our Big Build projects and support thousands of jobs,” says Victorian minister for public transport, Mr Ben Carroll.

Delivery of the trains will allow the gradual withdrawal of the Comeng EMUs that date from 1981 and are the oldest fleet on the network. Already Alstom has built 106 X’Trapolis suburban EMUs and 88 Vlocity regional trains for Victoria. 141 Flexity and Citadis LRVs are also in use in the state.

The contract will also improve infrastructure including the Craigieburn Train Maintenance Facility where more capacity will be created for the new fleet.

For detailed data on fleet orders from Australia and around the world, subscribe to IRJ Pro.