Problems also experienced on main lines where 800 passengers were left stranded on a train for 40 hours. 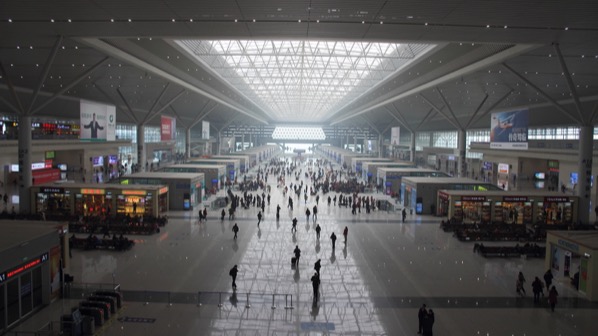 TORRENTIAL rainfall on July 20 that led to extensive flooding of the metro network in Chinese city of Zhengzhou, Henan province, resulted in the death of 12 passengers who were trapped on a metro train.

Floodwater caused by record rainfall entered a section of the city’s metro at around 18.00 on July 20. Passengers were trapped in waist-high water and while 500 people were evacuated by cutting the roof off the train, 12 were killed.

Elsewhere, more than 800 passengers were stranded on Train K226 for 40 hours due to the rain. It stopped at Tielu station, around 40km from Zhengzhou at 17.00 on July 19 some 30 minutes after leaving the city.
By the afternoon of July 21, about 250 passengers had been collected by friends and relatives, while some of those left on-board posted messages on social media saying they lacked food and water. State media reported that the “call for emergency rescue from train K226” hashtag was viewed more than 810 million times.

Passengers on another train, K31, were trapped at Xingyang station, Henan, for more than 30 hours before being collected by local government and railway authorities and taken by bus to Luoyang.

In the aftermath of the floods, Zhengzhou Metro says it will pay close attention to changes in passenger flow, organise standby trains to run if needed and ensure the safety of passengers.

Services were running again by the start of July 22.