Alstom’s plan to acquire Bombardier Transportation comes just a year after the failure of the merger between Alstom and Siemens. David Briginshaw considers what is different this time around. 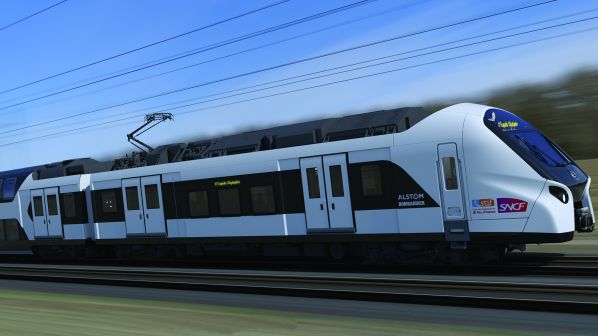 Alstom and Bombardier are working in consortium to develop and deliver the X’Trapolis Cityduplex train for SNCF for use in Ile-de-France. Photo: Alstom

ALSTOM’s announcement on February 18 that it had signed a memorandum of understanding with Bombardier and pension fund Caisse de Dépôt et Placement du Québec (CDPQ) to acquire Bombardier Transportation was not a surprise as it ended weeks of speculation. The two companies hope to conclude the deal around a year from now, provided they can successfully navigate the most challenging aspect of the takeover, namely obtaining regulatory and anti-trust approval.

At the moment, Alstom, Bombardier Transportation and Siemens Mobility are fairly equally balanced in terms of turnover, market share and product portfolio. However, the three companies are way behind China’s giant railway equipment supplier CRRC at least as far as turnover is concerned, although the Chinese domestic market accounts for a huge proportion of CRRC’s total revenue.

Indeed one of the rationales for last year’s failed merger between Alstom and Siemens was to create a European rail champion to compete better against the perceived threat from CRRC making major inroads into Europe. This has yet to happen, although CRRC reached agreement in August 2019 to acquire Vossloh Locomotives in Kiel, Germany. However, the deal is subject to approval by Germany’s federal cartel office, which expects to make a decision this month.

Alstom says it is too early to say what the EC’s reaction to the merger will be, the company says it will work with the EC if it raises any objections.

In the event, the European Commission (EC) did not buy into the Chinese threat argument and rejected the Alstom-Siemens merger on the grounds that it would damage competition in the high-speed train and signalling markets. The EC said the two companies had failed to take adequate steps to address its concerns. The deal also faced stiff opposition from the competition authorities in Belgium, Britain, the Netherlands and Spain, which were concerned about the adverse effect of the merger in their domestic rail markets. Conversely, France backed the deal probably because it believed the merger would assure Alstom’s future. The French government has had to bail Alstom out twice in the past when it got into financial difficulties.

Alstom is much more hopeful of its chances of success this time around. It says the planned deal with Bombardier is not a merger of equals leading to the formation of a new company, as was the case with the Alstom-Siemens deal, but an outright purchase of Bombardier Transportation. While Alstom says it is too early to say what the EC’s reaction to the merger will be, the company says it will work with the EC if it raises any objections.

Alstom also says it would not be going ahead with the deal if there was a high expectation of failure. While Alstom admits that it knew there were potential issues regarding the merger with Siemens, it did not expect that deal to be vetoed.

Alstom is stronger than Bombardier in high-speed rail and signalling. Bombardier’s electric locomotive business is far more successful than that of Alstom’s and only Bombardier supplies monorails. However, the two companies are both strong players in the important commuter/regional train, metro train and light rail markets. These three areas are potential sticking points for the competition authorities, especially as the two companies each have large production facilities in France, Germany and Italy. However, Alstom will probably counter this by saying that the merger is not about downsizing, but growth.

Bombardier, which is headquartered in Montreal, has gone through a period of restructuring during the last few years, mainly due to problems with its aircraft business. This resulted in the company divesting a large part of the aircraft business and selling a 30% stake in its Bombardier Transportation rail division to Caisse de Depot et Placement du Quebec (CDPQ) for $C 1.5bn ($US 1.1bn). The deal was approved by the EC in February 2016.

In 2017, Bombardier started talks with Siemens regarding a possible merger with Siemens Mobility. However, Siemens broke off the talks in order to launch merger discussions with Alstom.

While Alstom is performing well, achieving an average annual growth rate of 5.5% between 2015-16 and 2018-19, Bombardier Transportation’s performance has deteriorated. Alstom has benefited from the strong leadership of Mr Henri Poupart-Lafarge who joined Alstom in 1998 as head of investor relations and internal control and, after several senior roles including CFO, was named chairman and CEO in February 2016.

Bombardier has often become disenchanted with the people it appoints to run Bombardier Transportation. Mr Lutz Bertling was appointed president and CEO in June 2013, and despite increasing sales by 25% and Ebit from €214m to €419m, he was replaced by Mr Laurent Troger in December 2015.

Troger has been in the railway industry for 30 years. He spent nearly 15 years with Alstom Transport between 1990 and 2004 and joined Bombardier in 2008. However, Troger’s tenure at Bombardier Transportation came to an abrupt end on February 7 2019 when he was succeeded by Mr Danny Di Perna with immediate effect. Di Perna only joined Bombardier in 2018 and previously led its Aerostructures and Engineering Services sector.

Bombardier Transportation’s problems stem from train production delays, which have bedevilled it for the last couple of years, mainly due to the difficulty in getting software to work reliably.

Announcing the company’s annual results in February 2019, Bombardier’s president and CEO, Mr Alain Bellemare, said: “we are focused on flawless execution of our rail projects.” The company also said that Bombardier Transportation was continuing to advance a number of legacy projects and was taking action to finalise system integration, obtain certification and align delivery schedules with customers. Bombardier said it expected to substantially complete deliveries on most of these projects and significantly recover working capital in 2019.

A year later, in February 2020, Bombardier Transportation said it had completed some of its large legacy train orders, namely metro trains for New York, Crossrail in London, and Toronto. Bombardier said in February that the certification of the software for Aventra trains for London Overground was progressing, paving the way for the delivery of Aventra trains to other British operators.

Bombardier Transportation also said it was making progress in improving the reliability of the tilting double-deck Twindexx trains it has supplied to Swiss Federal Railway (SBB). But this was not the case in Germany, as German Rail (DB) announced in January that it had decided not to accept any more of the 25 remaining IC2 double-deck trains from Bombardier into service - 21 are yet to be delivered - until software reliability issues have been resolved.

The acquisition will also give Alstom access to some important markets where it is currently only a minor player such as China, Mexico and Britain.

Despite the problems, Alstom regards Bombardier Transportation as a benchmark player in the market with a huge installed base. The acquisition will also give Alstom access to some important markets where it is currently only a minor player such as China, Mexico and Britain.

Once the transaction is completed, Alstom will have an order backlog of around €75bn and annual revenues of around €15.5bn, about double the size of the company today. Alstom will also have a combined research and development budget of around €3bn which should help to accelerate growth in the future.

Alstom believes the time is right for the takeover, with rail traffic growing (at least until the coronavirus pandemic struck), a steady increase in investment, and the EU’s Green Deal which favours rail. Even without the takeover, Alstom is forecasting annual sales growth of around 5% a year between 2019-20 and 2022-23 and an adjusted Ebit margin of about 9% by 2022-23.

But the real question remains whether the competition authorities will buy into Alstom’s dream this time around. The next few months will tell.