Challenge and opportunity in Covid-19 recovery

THE recovery is underway. Passenger operators have steadily increased their offers over the last six weeks or so and many are now functioning at close to original timetables. 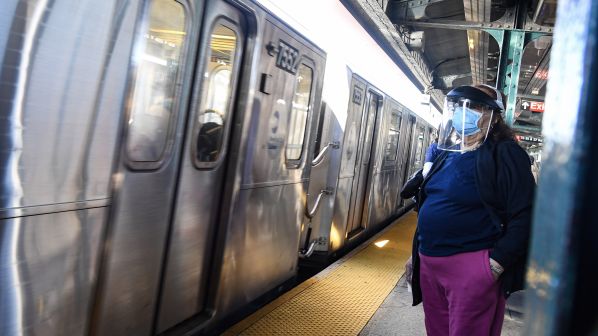 Social distancing means that capacity and loadings will remain limited for the time being, and more than likely until a vaccination is found.

The financial implications of this are of course dire. European passenger operators are reporting falls in revenue of up to 90%. Netherlands Railways (NS) alone projects a reduction of €4.7bn this year while a group of European mass transit operators predict a combined €40bn shortfall in farebox income.

European rail freight operators are also expecting a reduction of 25% in revenue due to the pandemic. While they have benefitted from improved network access, declines in industry output have hurt traffic.

The rail freight sector was, however, heartened by proposals from the European Commission (EC) to amend directives governing track access and other network charges. The European Rail Freight Association (ERFA) says it “strongly supports” the measures, which offer member states the necessary flexibility to assist the sector. ERFA urged the European Parliament and European Council to back the proposal.

The Association of New Passenger Entrants (AllRail) says the proposals are welcome and encourages implementation as soon as possible. Yet it says this is only part of the solution.

The German government’s proposed €5bn equity increase to German Rail (DB) is indicative of the scale of the bailouts required. However, the “railway alliance” formed by DB, the government and the Railway and Transport union, has been criticised by AllRail and Mofair, which represents private German rail companies, for excluding other long-distance operators.

The pandemic is a chance to reset and finally establish rail as a viable sustainable alternative on journeys of 800km or less.

Austria’s Westbahn remains the only private operator to receive the same treatment as an incumbent in Europe. And without the safety net of state backing, many private operators continue to stare down the barrel. The EC says a level playing field is critical to the effective functioning of the Single European Rail Area - the foundation of the sustainable transport network outlined in the EU’s Green Deal. However, the Covid-19 pandemic has blown apart the notion that this exists.

In the United States, transit operators are similarly facing vast funding shortfalls despite receiving stimulus funding to maintain operation in the early weeks of the pandemic. New York’s Mass Transit Authority’s (MTA) $US 3.8bn funding is set to run out in August and the authority confirmed on June 24 that it will postpone its $US 51.5bn capital programme indefinitely. Other operators face a similar plight with expected funding for future capital projects up in the air due to plummeting sales tax revenues.

Mr Phil Washington, CEO of Los Angeles Metro, emphasises the importance of private capital to speed up project delivery in LA. He says that armed with Trump tax cuts, the US private sector is keen to invest in infrastructure.

LA Metro is exploring the use of private funds on three projects. This could now increase, although it remains to be seen the extent to which Covid-19 will impact cash flow and confidence among potential private partners.

One proponent of the benefits of public-private cooperation to deliver efficient rail projects is Mr Jean-Jacques Ruest, president and CEO of Canadian National. He says private sector funding helps to focus investment on the most beneficial schemes.

Such lessons could inform future European rail projects and improve delivery. The pandemic remains a chance to reset and finally establish rail as a viable sustainable alternative on journeys of 800km or less.

Ambitious plans to create fast cross-continental rail connections are certainly in vogue at the moment. Yet they are not as revolutionary as they might seem.

The EU’s flagship TEN-T programme to develop seamless cross-border transport links was launched in 1996 and updated in 2013. However, a report by the European Court of Auditors (ECA) released on June 15 found that completion by 2030 is “not likely.” Indeed, key parts - notably Rail Baltica and Lyon - Turin - are overbudget and overrunning. The sparse rollout of ETCS across Europe emphasises the problems.

Operators also must take some of the blame for failing to see the potential of cross-border services.

ECA says poor coordination between countries is the main cause of the delays. Member states have their own priorities, which don’t align with cross-border projects. Implementation can also progress at different speeds on each side of the border. ECA adds that the EC has not made use of its limited legal tools to enforce the priorities agreed at EU level in member states that fail to keep pace. The upcoming EC evaluation of TEN-T must address these issues.

Operators also must take some of the blame for failing to see the potential of cross-border services. While there are ample opportunities to run such trains, just 6% of all European railway traffic is cross-border. Some connections have been cut or withdrawn in recent years with politics or a lack of ambition usually to blame. It is time to reassess this approach and improve partnerships with other railways and relevant authorities.

Delivery of a truly trans-continental rail network is of course impossible if people are staying away. As I emphasised last month, the industry must encourage people to use rail, and to do this they must win back passengers’ trust. I am pleased to report that many are taking such steps.

In Spain, Renfe’s anti-Covid-19 protocols introduced on fleets and at stations have been certified to meet health and safety requirements. Other operators have publicised innovative cleaning regimes.

French National Railways (SNCF), Belgian National Railways (SNCB) and Danish State Railways (DSB) are offering promotions ranging from cheap tickets to free journeys to entice passengers to use their trains this summer. Let’s hope that these initiatives are a success and help to speed-up the much-needed recovery.