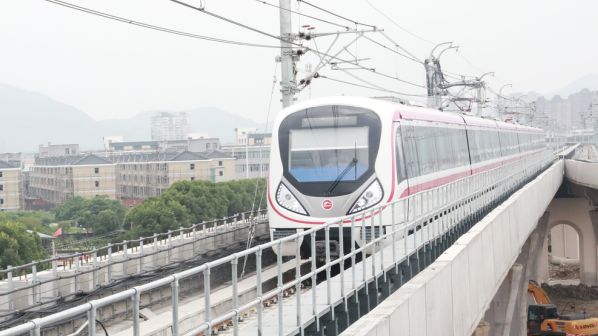 THE rapid growth of rail in China is one of, if not the, major railway success story of the past 15 years.

The latest flurry of new line openings at the end of June to coincide with the 100th anniversary of the founding of the Communist Party was remarkable for being unremarkable; we are now used to the regular completion of projects on a scale that much of the rest of the world can only dream of replicating.

Rail’s growth in China has mirrored rapid urbanisation and the maturation of the Chinese economy, which is projected to surpass the United States as the world’s largest as early as 2028.

With a 38,000km high-speed network connecting all major cities, the impression in recent years has been of a slow down in Chinese network expansion. Reports suggested that the focus was shifting to smaller regional and infill projects, and encouraging more people to board trains to grow revenue for China National Railway to recoup at least some of its vast investment.

The National Transport Planning Outline 2020-2035 (NTPO), released in March, appears to have blown these assumptions out of the water.

Rather than rollback, the strategy doubles down on network expansion. The government is targeting a 70,000km high-speed and 130,000km conventional network by 2035. As our report reveals, this includes a focus on inter-city networks in the Beijing - Tianjin - Hebei Jingjinji area, the Yangste delta, Greater Bay and Chongqing-Chengdu areas.

It emphasises the improvement of inter-city rail services based on a high-capacity high-speed network and calls for the development of more multi-modal hubs to boost integration with other modes.

The network carried 1.365 billion passengers in the first half of 2021, bouncing back strongly from the disruption caused by the Covid-19 pandemic, which the Chinese government appears, from the outside, to have under control. Getting more people onto public transport will also aid China’s efforts to achieve carbon neutrality by 2060 - although recent freight figures indicate that its coal addiction shows no signs of abating.

The National Transport Planning Outline 2020-2035 (NTPO), released in March, appears to have blown these assumptions out of the water.

Slower network development was set to increase the pressure on China’s railway equipment suppliers to grow international sales. Domestic expansion propelled CSR and CNR to the top of the table of global railway equipment manufacturers by 2012. The merger of the two companies to become CRRC in 2015 cemented this position. It also prompted rival European manufacturers to rethink their strategies; Alstom and Siemens’ failed merger in 2019 was followed by Alstom’s successful acquisition of Bombardier Transportation in January, which the French manufacturer says is proceeding as expected.

SCI Verkehr’s World Market Study, published in September 2020, says the share of overseas orders in CRRC’s results has remained relatively stable at 10% and is no longer growing significantly.

The company has had notable success in neighbouring Asian countries that had previously bought European or Japanese products, notably Malaysia and Thailand. It has also had success with small batch orders, including in Costa Rica, Chile, Australia and New Zealand, and in Europe, for locomotives in Hungary, Belarus, Germany and the Netherlands. CRRC Zhuzhou has a base at the former Vossloh Locomotives plant in Kiel. CRRC is also supplying mainline trains to private passenger operators Westbahn, Austria, and Leo Express, Czech Republic, and secured orders for metro and light rail vehicles to cities in countries ranging from Romania, Turkey and Ukraine to India, Pakistan and Israel.

However, high-profile projects to supply locomotives to South Africa and regional trains to Argentina went awry. And with the United States taking an increasingly confrontational position towards China under the presidency of Joe Biden, the likelihood that CRRC will add to the $US 2bn of US orders already secured is uncertain. The company has so far failed to secure a flagship international order for high-speed or mainline trains outside of Asia. Its frustrated response to being overlooked for the recent Mayan Train contract was to commit to build a plant in Mexico.

CRRC’s issues are mirrored in progress with the Belt and Road Initiative (BRI), China’s most significant foreign policy engagement tool. Launched by president Xi Jinping in 2013, BRI vows to improve infrastructure and introduce cross-border connections between 70 countries in Asia, Europe and Africa, covering two-thirds of the world’s population. Rail is a major beneficiary. However, progress is not happening at the rate envisaged. While a new railway to Laos is set to open in December, other rail projects such as the Jakarta - Bandung high-speed project in Indonesia and the East Coast Rail Line in Malaysia have struggled.

There is also a prevailing reluctance or scepticism about the initiative, notably among some Asia neighbours such as Indonesia as well as Pakistan and Sri Lanka. Some African countries, which were initially enthusiastic to accept Beijing’s terms in exchange for much-needed infrastructure development, have become wary of signing up for more.

Yet China is not giving up. As well as emphasising domestic development, Xi’s anniversary speech in Tiananmen Square reinforced the government’s commitment to BRI. State-owned media have also been quick to reiterate BRI’s importance for “cementing connectivity, bridging differences and advancing global cooperation” in a world facing up to the challenges of Covid-19.

With the pandemic inclining many countries, including China, to look inward for the time being, the appetite for big BRI schemes is small. However, directing resources to domestic projects will buy China and its rail suppliers time to refine their approach. Crucially, the NTPO’s pledge to boost innovation by reforming the rail supply sector to embrace the Internet+, the Internet of Things (IoT), 5G, and AI as well as more standardised product platforms could provide Chinese suppliers with the wherewithal to finally surpass their rivals when competing for the biggest contracts. The Chinese rail sector has come a long way. The advance looks set to continue.