Covid-19 crisis a stepping-stone for Korail

Hee Seung Na, president & CEO of Korail, explains how the Korean national operator responded to the pandemic and its plans to achieve carbon neutrality. 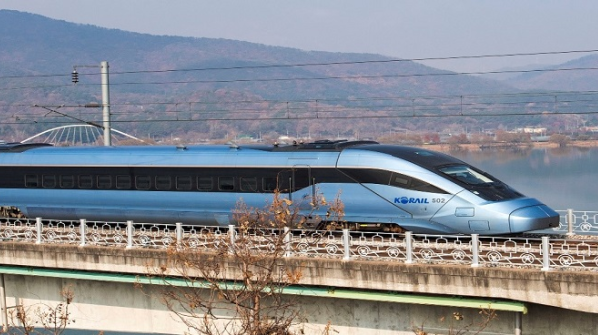 WE have just entered year three of the Covid-19 pandemic, which has touched every aspect of our daily life that we once took for granted and continues to impact sectors of the economy, society and culture.

The global railway industry has also been faltering at this difficult time; the pandemic-driven recession and strict Covid-19 lockdowns have led to a big drop in demand for passenger transport, which in turn has caused huge operational losses. Needless to say, Korail is not an exception. We have been hit hard by a sharp decline in passenger numbers due to social distancing and the economic recession.

However, the pandemic is not just a crisis but also an opportunity for Korail. The unprecedented global challenge has enabled Korail to change its approach towards passenger safety and customer service. We have made a comprehensive effort to advance new innovations to deliver safe and convenient railway services that meet people’s expectations, effectively developing a new normal for railway safety and customer service.

First and foremost, we established an intensive quarantine and infection control system for railway facilities, far stricter than the government’s guidelines. Korail now disinfects railway stations and conventional trains more than twice a day, and four to five times for Korea Train eXpress (KTX) high-speed trains. In addition, Korail minimises contact among passengers by offering separate routes for boarding and disembarking. We have also mobilised cutting-edge equipment such as non-contact thermometers and thermo-graphic cameras. These efforts helped Korail to record zero Covid-19 transmissions on trains over the last two years. Korail has also been praised for playing a key role in developing the globally recognised Korean Disinfection Model, which is being adopted by reputable international organisations, namely the World Bank and the Organisation for Cooperation between Railways (OSJD).

Second, Korail has expanded its ticket reservation services to popular online platforms, Naver and Kakao T. Previously online ticket reservations were exclusively available to Korail members through the website or app. However, to boost accessibility for vulnerable groups, Korail improved its “Toss Your Ticket” function to enable users to pass unwanted tickets to others by text or KakaoTalk messages. We have also added a “Take Back Your Tossed Ticket” function to improve convenience for users, as well as preventing passengers from deliberately travelling with invalid, screen-captured tickets.

Third, Korail has extended its high-speed rail network, which has been in operation for 17 years, enabling KTX to serve more provincial cities and towns. High-speed operation commenced on the 219km Cheongrayngni - Andong Jungang Line and the 54km Bubal - Chungju Jungbunaeryuk Line in 2021. KTX-Eum, a new high-speed EMU built solely with domestic technologies by Hyundai Rotem, made its commercial debut on these lines.

Korail transports a high volume of passengers and freight on a network with short distances between stations. KTX-Eum was consequently designed to have excellent acceleration/deceleration and a high level of transport efficiency. With eco-friendly and advanced technologies, we expect KTX-Eum to make inroads into the global high-speed train market.

For Korail, 2021 was the starting point to turn the Covid-19 crisis into an opportunity. Work will continue in 2022 to fulfil two major goals: realising safer, more eco-friendly railway services and preparing for the operation on the Trans-Eurasian Railway network.

The Korean government has introduced the Carbon Neutrality Act, which aims to reduce emissions by 40% by 2030 from 2018 levels. In line with this bill, the government finalised a plan to increase investment in the railway sector. According to the Five-Year Plan for Transportation Facility Investment (2021-2025), 40% of the budget, or $US 50.5bn, has been allocated to the railways, exceeding the allocation to the road sector for the first time since the implementation of the first infrastructure investment plan, and reaffirming the significance of the railway as an eco-friendly mass transit mode. The investment will increase the total length of the rail network from 5366km to 6006km, and rail’s transport share by 1.94%.

To achieve the goal of delivering carbon neutrality by 2050, Korail is committed to adopting an environment management system and mid-to-long term targets for achieving carbon neutrality at the corporate level. Among the initiatives is the installation of solar panels alongside railway lines and EV chargers at stations. We also expect to add more EMU-250s to the high-speed fleet, and gradually replace diesel trains with EMU-150s. Korail expects these measures will result in a reduction of 70,000 tonnes of emissions annually as well as improve the company’s cost structure.

Korail is continuing to prepare to operate on and beyond the completed Trans-Korean Railway (TKR) network. We believe that this railway connection will present us with peace. Progress was reported in January with a ground-breaking ceremony to mark the start of railway construction between Gangneung and Jejin on the Donghae Bukbu Line, the final piece of the inter-Korean railway reconnection puzzle. This section will be linked to North Korea’s Donghae Line when completed at the end of 2027. This $US 2bn railway project will offer the most direct route for trains departing from Busan to North Korea, and Russia, opening a new frontier for rail freight transport in Eurasia.

While the battle to end the pandemic is not over yet, there is light at the end of a very long tunnel. I sincerely hope the day will come soon when all railroaders from every corner of the world have overcome the pandemic and can gather together to talk and cooperate freely to achieve our shared goal of railway development.