Exciting prospects ahead for passenger rail

Is rail doing enough to secure its future?

“We are very sorry about the delay to this service”

IT has been an honour to serve on the Amtrak board for the past decade. I am extremely proud of the hardworking employees at Amtrak who keep America moving. Our current circumstances remind us of just how fortunate we are to have their commitment and dedication. 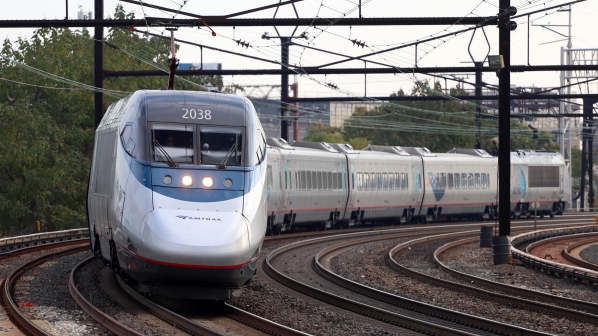 It is because of their efforts that Amtrak began 2020 in the strongest position since we were created nearly 50 years ago. Ridership, revenue and financial performance were at record levels. With the support of our state partners, Amtrak was on track to generate revenues exceeding operating expenses for the first time ever. The company began preparing for next-generation Acela trains, and had a bold vision of expanding train service in new and existing corridors across the country.

When the Covid-19 pandemic hit the nation in March, Amtrak quickly reacted to protect the health and safety of our customers and employees and maintain services for essential travellers and trips. We, like all transport providers, were hit especially hard by the pandemic, with ridership plummeting by 97% in only a matter of weeks. Emergency funding from Congress helped us survive this initial shock, but the continued 80% reduction in our ridership and the lack of any additional federal support so far has required us to make very painful decisions to temporarily reduce our workforce and long-distance train frequencies.

These furloughs and service reductions represent the single-most difficult decision we have made as a company in the past decade.

In this context, I would like to provide some perspective on the board’s view regarding the future of Amtrak, and address suggestions that Amtrak’s focus is on “profitability” and concerns about the future of long-distance service.

Let me start with the notion of making Amtrak “profitable.” Profitability is not Amtrak’s mission. Our mission, as defined by Congress, is “to provide efficient and effective inter-city passenger rail mobility consisting of high-quality service that is trip-time competitive with other inter-city travel options.” As our governing statute has recognised since the 1970s, Amtrak will never generate enough revenue to be profitable from an accounting perspective.

Mobility is not a money-maker if you have to pay for 100% of the cost of getting from point A to point B. No mode of passenger transport fully pays for itself. Airline tickets, the cost of driving, and commuter train and bus fares would all be prohibitively expensive if users had to fund all costs associated with them. Even our roads and interstates, which road advocates used to love saying were “user funded,” require billions in subsidies each year, with the federal government providing more than $US 157bn in general revenue subsidies for the insolvent Highway Trust Fund since 2008. And, of course, airlines don’t build airports, and government at various levels provides substantial subsidies to transit systems.

The costs of inter-city passenger rail just happen to mostly run through Amtrak, and as a result the full expense of our mode is easier to see. Given this, Amtrak funding has always been a target by critics and competitors that like to forget the subsidisation that occurs across all modes.

Facing such an environment, Amtrak has had to try to make the best possible use of its limited resources in order to advance vital capital projects and make a case for greater investment.

Amtrak has never been provided with the necessary public investments we’ve needed to truly serve our nation and thrive. We’ve always been forced to prioritise keeping the railway running over making improvements, expanding the network and modernising our services.

It is too easy for detractors to point to examples of inefficiency as a reason to not invest in the future of Amtrak and we need to take away that argument every day.

When you hear us talk about improving the economics of our services and our company, it is not because we are trying to “turn a profit,” but rather because we must try to stretch our woefully limited funding further, so we can keep our trains running safely and address urgent investment needs.

Additionally, when we demonstrate good efficiency and the ability to be effective financial stewards, we create a stronger company that more easily attracts public investment. It is too easy for detractors to point to examples of inefficiency as a reason to not invest in the future of Amtrak and we need to take away that argument every day. By virtually eliminating operating losses prior to the pandemic, we have been able to use federal dollars for record amounts of capital investments in new rolling stock and critical improvements instead of operating losses, as we had to in the past.

Amtrak’s goal isn’t to declare dividends, but to expand services to the millions of Americans who are underserved today across our nation. Our plan to expand the system is not a substitute for long-distance service, but a desire for our national network to become more viable and more meaningful to the whole nation.

We recognise the critical role that long-distance routes already play in communities across America. These trains provide essential transport and contribute to both economic opportunity and quality of life in places that have long ago been abandoned by the airlines and bus carriers. By creating corridors around the nation that are inter-connected by current long-distance routes, we can enhance the viability of long-distance service and make the national network more essential, not less.

It is important that we all work together to make sure this happens. We can’t let protectors of rural services provided by our long-distance network be indifferent to the many cities we fail to serve today. And, our Northeast Corridor can only achieve the stable investment levels it needs if leaders from that region find a way to replicate its success in other growing corridors in the nation.

We need all stakeholders to both protect our existing routes and provide the capital for expansion. We need additional federal funding to cover the massive revenue losses that Amtrak and our state partners are experiencing due to Covid-19. We need investment in stations, infrastructure and a modern fleet to replace equipment that Amtrak received when I was in high school. These are Amtrak’s priorities in the years to come.