IRJ editor-in-chief Kevin Smith reflects on the possible impact of the rising cost of energy on the global rail sector. 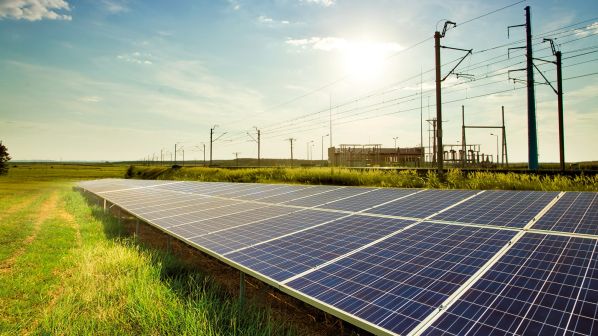 THE global economy is at a difficult juncture. The international supply chain’s sluggish recovery from Covid-19 shutdowns and transport and logistics logjams have been met by strong demand, resulting in inflationary pressures on goods and services. The cost of energy is also surging, with the Russian invasion of Ukraine adding fuel to the fire of a problem that began to bite in 2021.

As we report this month, the energy crisis is proving particularly troublesome in Europe. Belgium’s Lineas became the first rail freight operator to pass on the increasing costs of energy to customers from April 1. It says the move was necessary to maintain a sustainable rail freight offer. Others will surely follow.

It is still early days in the crisis and many industry players approached by IRJ were unwilling to talk openly about the possible implications. Dutch infrastructure manager ProRail did buck this trend by stating that it expects the situation in Ukraine to impact delivery and tendering for future projects due to the difficulty to source materials. This forecast was followed by the cancellation of a project to electrify the 107km Nijmegen - Venlo - Roermond line.

This grim outlook is matched by an early assessment of the situation by rail industry analysts SCI Verkehr.

CEO Ms Maria Leenen says the rising cost of energy and electricity will prove troublesome for railways around the world. Likewise, steel prices reached record highs last month due to the rising cost of raw materials, again compounded by the war in Ukraine. This situation is expected to impact the rail sector significantly. ProRail says the closure of three rolling mills in Europe postponed the delivery of 60km of rail in March and April. Leenen says freight wagon manufacturers are already announcing price increases of around 30%.

The crisis could accelerate a medium-term shift to greater energy independence.

“We expect costs to be much more volatile than in the past,” Leenen says. “There will be a sharp price increase in rolling stock products, but the cost of building new infrastructure will also go up. The reasons for this are not just the energy crisis. The rail sector is also suffering from disrupted supply chains, inflation, a shortage of labour plus higher wages, and the shortage of certain raw materials. The 30% price increase for freight wagons will not be enforceable in the market, but we think around 15% is realistic.”

Leenen believes that railway operators will struggle to pass these cost increases onto their customers. For freight, she says the situation is strongly linked with the diesel price and competition with road, with smaller, weaker operators especially vulnerable if they can no longer compete based on price. Passenger operators are also unlikely to risk their continuing recovery from the pandemic by asking their customers to pay more.

“Thus, bankruptcies of private or smaller operators are possible if governments do not intervene,” Leenen says.

Government intervention is also deemed necessary to help industry to cushion the impact of high energy prices. With railway products and projects having relatively long lead times, fixed price contracts pose an “incalculable risk” for manufacturers due to uncertainty in the current climate, according to Leenen.

“The fairest instrument is a price escalator clause,” she says. “But this is not enforceable in every segment and linking it to a suitable index is not always easy. Some manufacturers use price hedging and clearing instruments for raw materials or risk insurance against rising supplier costs, as in the case of steel prices. But this will no longer be attractive in the future because the price of this type of hedging will also rise.”

Increased government intervention is by no means impossible. The global climate emergency remains the defining long-term trend and big government is essential to deliver ambitious emissions reduction targets. Europe’s ambitions for modal shift enshrined in its Green Deal and Sustainable and Smart Mobility Strategy are backed by significant funding, with rail set to be a major beneficiary. Governments also still see rail as the best means to transport large quantities of people and goods and are unlikely to abandon their networks.

Although not easing the current pain, the crisis could accelerate a medium-term shift to greater energy independence, shielding national economies and railways from future fluctuations in energy prices. The EU’s energy strategy announced in March envisages energy independence from Russia by 2030, mostly by identifying new sources of gas and ramping up the development of renewables.

Rail is already a leader in this field, with orders for alternative traction trains and locomotives for lines not deemed suitable for electrification steadily increasing in a growing list of countries. Many infrastructure managers are also striving to source a greater share of their electricity from renewables. PKP Energytska’s ambitious plans for energy storage and to generate much of this green electricity itself is an intriguing example.

If high fuel prices remain the norm, governments have an opportunity to encourage modal shift by presenting the railway as a viable and competitive alternative. The British government has dabbled in this area by offering a sale on rail tickets, although high fares remain a turn off for many. However, Austria’s KlimaTicket initiative is an approach that others should take note of.

Already more than 150,000 people have signed up - far more than expected at this stage - for the annual pass, which for e1095 offers unlimited access to all public transport. The government is picking up a hefty subsidy, but it believes the reduction in emissions is a price worth paying.

KlimaTicket is also having an unintended consequence with Westbahn now considering extending its Vienna - Salzburg service to Innsbruck due to the favourable revenue it would receive for carrying KlimaTicket users on this portion of the line which is operated under a PSO contract by Austrian Federal Railways (ÖBB).

It is too still early to assess the long-term implications of the current crisis. However, the deck still appears stacked in rail’s favour. Governments and railways now need to hold their nerve.