IRJ editor in chief, Kevin Smith, reflects on the energy crisis in Europe and the impact of rising bills on railway infrastructure managers. 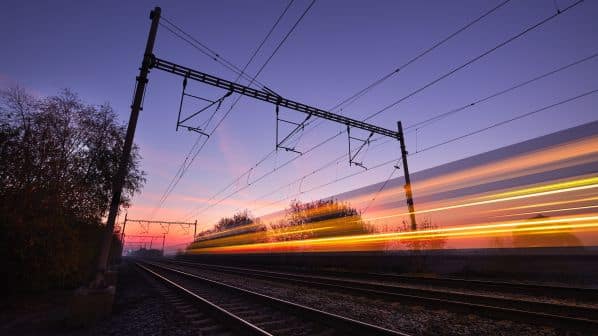 THE global economy is in the midst of an energy crisis. The continuing war in Ukraine has exposed the fragile relationship with Russia on which many countries rely for the supplies of natural gas that keep the lights on, heating systems running and industry active.

Efforts to stockpile natural gas throughout the summer months so countries can get through the winter have also stoked the cost of energy. Prices are surging everywhere, including in countries not directly reliant on Russia, such as Britain and Switzerland.

With 80% of train-km relying on electric traction, Europe’s railways are inevitably a major consumer of electricity, and in some cases, infrastructure managers are a country’s single largest user. Costs have at least tripled compared with 2021 while others are facing 10-fold increases and quotes of up to €420MWh. Some railways have warned that they may have to cut back services if a short-term solution is not found.

This is another blow to the rail sector still recovering from the Covid-19 pandemic, which decimated revenues for many companies in 2020 and 2021. It also poses an imminent threat to the modal shift targets aimed at slowing climate change.

The Community of European Railways and Infrastructure Companies (CER), which represents Europe’s state-owned railways, has taken up the challenge in Brussels to try and force a resolution. CER wants railways to be included in the strategic toolkit for saving energy identified by the International Energy Agency (IEA). It also wants member states to introduce demand reduction targets and to promote the energy-efficiency first principle in prioritising the sector for energy consumption.

While praising proposals to cap the cost of low-cost electricity such as wind, solar and nuclear, CER points out that the €180/MWh ceiling is considerably higher than prices before the crisis, arguing that the price gap should be lowered. It adds that member states should consider rail’s high exposure in the electricity market when allocating surplus revenues resulting from the application of the cap. “Railways as an energy-efficient, ever more sustainable mode of transport must be protected with adequate energy at affordable prices through a lower price cap,” says Mr Alberto Mazzola, CER executive director.

CER’s efforts are commendable. The railway community needs its lobby to do its job so it can carve out a path to a sustainable and viable future. It also needs politicians to listen.

The railway supply industry is likewise facing up to how it combats energy cost increases, which are compounded by continuing issues with the supply chain. Many suppliers are tied into delivering contracts signed many months and years ago, with little wriggle room on prices. The likelihood is that projects will are delayed if the situation does not ease.

While major suppliers such as Hitachi say they are big enough to ride out the crisis, SMES are vulnerable. Energy-intensive processes such a steel production, so critical for railway infrastructure projects, are under particular pressure and representatives of these firms spoke of the need to secure support at last month’s InnoTrans exhibition. Germany’s Railway Industry Association (VDB) has also urged the German government to institute “practical and rapid measures” to assist its 210 members, many of which, VDB warns, could go out of business.

If there is a positive to take from the current situation it is that it has exposed the value of energy as a commodity. Relatively cheap energy prices have arguably been taken for granted in recent times, resulting in a culture of wastefulness.

Belgian National Railways (SNCB), Austrian Federal Railways (ÖBB), and Swiss Federal Railways (SBB) have all quickly identified measures to reduce their overall consumption (p7). Switching the lights off in some buildings when they are not in use and turning down the heating by a few degrees is estimated to reduce oil consumption by 7.5% and electricity use by 3% for SNCB alone, not insignificant sums when you are facing a €432m bill. Other railway and operators should take note.

Railways can and should look to generate more of their own electricity. As significant land and property owners, infrastructure managers have the scope and the scale to install solar panels and even wind turbines at their facilities and many already have done so successfully. Greater energy independence will reduce rail’s vulnerability to fluctuations in the market. And as an aggregate generator, there is the potential to create new sources of revenue. In Poland, PKP Power Engineering’s innovative project to establish a localised network of green energy production, storage and supply facilities might be a model for others to follow.

Railways and infrastructure managers face some tough choices in the weeks and months ahead. The focus should remain on convincing politicians of rail’s special case to secure the short-term financial support necessary to counter this unprecedented increase in costs. It is simply unacceptable for operators to be forced to cut back services, effectively driving people and goods onto more polluting modes of transport.

The current crisis should also act as call to arms. Railways must double down on their efforts to improve energy efficiency and rail’s overall sustainability. As InnoTrans showed, the technology and means are out there to do so. And after all, in the midst of every crisis lies great opportunity.