WHENEVER a signalling conference is staged in Europe and ERTMS is on the agenda, delegates are guaranteed a lively, or at times, heated exchange of views. Global Transport Forum’s signalling and train control event in Zürich was no exception, and I feel confident that passions will run high during this month’s ERTMS World Congress being staged by the International Union of Railways (UIC) in Stockholm. The same is true of Positive Train Control (PTC) in the United States. 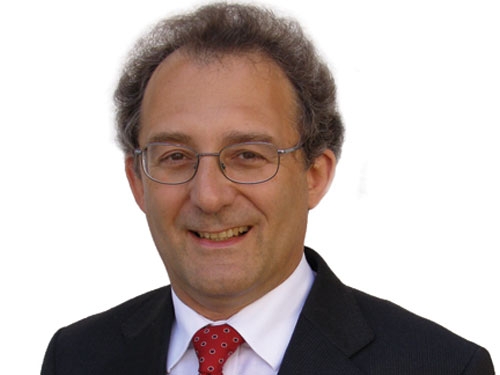 So what is it about these new train control systems that gets normally fairly reserved and conservative signalling people so hot under the collar? Surely, these systems will bring huge benefits, such as modern telecommunications and interoperability in the case of ERTMS, and a safer railway with both systems? Yes, that is true, but only in the long term. In the meantime, the journey to full deployment is slow, painful and costly.

One of the problems with ETCS, the train control element of ERTMS, is that while the technology is evolving quickly people are trying to make it work out on the railway. For example, there has been a rapid succession of software baselines, manufacturers have tried to customise what is supposed to be standard equipment, and new types of ETCS are being developed such as Level 1 Limited Supervision and Regional with the laudable aim of broadening the appeal of ETCS to aid its deployment. Meanwhile, ETCS Level 3, which could bring real benefits in terms of lower costs and improved operating efficiency, is still a distant dream.

Not surprisingly, there is some confusion. In Zürich there was debate over whether ETCS Regional is a form of Level 3, with some delegates believing it is and others arguing firmly that Level 3 does not exist yet.

London's Crossrail project decided against installing Level 2 on the underground central section where very short headways are planned, as the Crossrail team did not believe Level 2 was proven for such an application.

Approval was granted to fit communications-based train control (CBTC) on the proviso that a migration plan to Level 3 is drawn up, even though it is not yet defined. According to Mr Duncan Cross, deputy operations director with Crossrail and London Underground, the European Union now wants to fix dates within the next five to 10 years for the migration to Level 3, even though it is a senseless task at this stage.

While the roll-out of GSM-R in Europe is a great success, even here there is concern over its limited life. In the much wider telecommunications world, the first use of Long Term Evolution (LTE) technology is already happening. While it appears that a lot of the GSM-R hardware can be retained, a switch to LTE in the foreseeable future is making finance directors understandably jumpy.

It is clear now that greater thought should have been given at the outset to some of the practical issues surrounding ERTMS. To put it bluntly, the approval process is a mess. We cannot continue to require approval in each country of what is supposed to be standard equipment. This is a serious barrier to achieving interoperability. As one delegate put it, a lot of the national safety authorities do not trust each other, which is hardly a recipe for harmonisation.

There are also widely differing attitudes to ETCS. Some countries, such as Belgium, Denmark, Italy and Switzerland, appear to be embracing it and have a clear strategy for its deployment. Here, the infrastructure managers have sufficient confidence in the technology to install ETCS without any fall-back signalling, and it appears to be working well.

Elsewhere, there is either a cautious approach, with ETCS being installed alongside the national signalling system, or there is a grudging acceptance that ETCS is here to stay, but no rush to install it. Germany and France, which have large rail networks at the heart of Europe, lag well behind most of their neighbours in installing ETCS. But, as key transit corridors and core economic markets, these countries are vital to its successful roll-out, particularly for the ERTMS designated corridors.

In France, ETCS Level 2 was installed on TGV Est alongside the French TVM 430 cab signalling system with idea that French TGVs would operate under TVM 430 and German ICE trains would use ETCS. However, there were safety problems with the trackside equipment and it has never been used. The problems have finally been resolved and the ETCS is now being commissioned, but this is nearly five years after the line opened.

French Rail Network (RFF) plans to continue with its policy of dual equipping high-speed lines in the event that a foreign operator might want to use ETCS. But if operating staff do not use the ETCS regularly, they will never become familiar with it and the likelihood is that the equipment will languish. And yet, all TGVs delivered since 2009 have been fitted with ETCS. Surely it would be better to use the equipment and develop a proper migration strategy? Otherwise there is little point in investing in ETCS in the first place.

If we are to be serious about switching to ETCS in Europe, then there needs to be more cooperation between countries in order to work to a common objective, and there must be some clear practical thinking about how to achieve true interoperability.