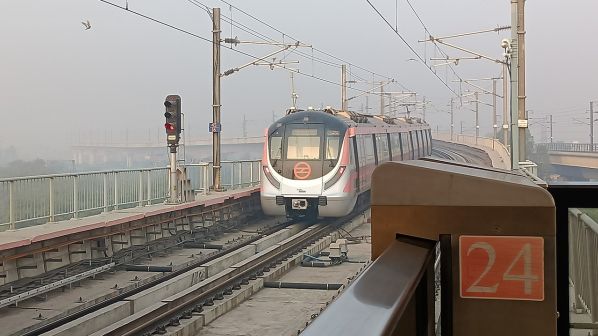 PUBLIC transport is one of the most overlooked sectors in India. There is no dedicated national ministry, or state or city level authority responsible for public transport, which can lead to significant difficulties.

Nevertheless, there is hope for the future. For the first time the Union Budget of 2022, announced on February 1, recognised that nearly half of India’s population is set to live in urban areas and that orderly urban development is now of critical importance to realise the country’s economic potential. India’s cities must become centres of sustainable living with opportunities for all, including women and young people.

The budget states that for this to happen, urban planning cannot continue with a business-as-usual approach. As a result, a high-level committee of reputed urban planners, urban economists and institutions will be formed to make recommendations on urban sector policies, capacity building, planning, implementation and governance. Support will also be provided to the states on aspects of modernisation of building byelaws, Town Planning Schemes (TPS), and Transit Oriented Development (TOD).

The budget also proposes innovative ways of financing and encourages faster implementation of metro projects. Multimodal connectivity between mass transit and main line stations is a priority for the government while the design of metros, including civil structures, will be re-oriented and standardised for India’s conditions and needs.

Critically, the budget also includes a significant outlay - Rs 238.75bn ($US 3.11bn) - for mass transit and metro projects in 2022, which are worthy of discussion. For metro projects, the budget is Rs 191.3bn, including an equity investment of Rs 37.02bn, a subordinate debt of Rs 12.72bn and pass through assistance of Rs 141.56bn. In addition, Rs 350m has been allocated for transport planning and capacity building, while Rs 47.1bn is assigned to the National Capital Region Transport Corporation (NCRTC), which is implementing the regional rapid transit system (RRTS) project in the National Capital Region around Delhi.

Indian metros have experienced a series of challenges since the Covid-19 lockdowns began in 2020, and the multiple waves of pandemic that have hit India since. And while they are yet to recover the pre-pandemic situation, these difficulties have not deterred innovation and progress across various networks.

For example, Delhi Metro Rail Corporation (DMRC) pioneered automated metros in India when it opened the country’s first fully automated line, the 37km Magenta Line, in December 2020, followed by the 59km Pink Line in November 2021. Delhi Metro is also the first to launch a FASTag/UPI based cashless parking facility while it has been making progress with improving last mile mobility through connections with electric bus services and dedicated Intermediate public transport (IPT) lanes for cars, taxis and e-rickshaws.

Maharashtra Metro is pioneering the use of 5DBIM for its construction projects. The technology links 3D BIM components with schedules and costs to create a ‘one project one platform’ approach to construction while providing a virtual view of construction progress in a 3D model. Nagpur Metro has focussed on generating its energy for solar power by installing solar panels on station and administrative buildings and is now meeting 65% of its total energy requirements through this method. In addition, bio-digesters have been installed at all stations to recycle waste water.

Bangalore Metro Rail Corporation’s (BMRCL), state-of-art three-phase variable voltage and variable frequency-controlled traction system not only utilises energy during braking but also provides a high level of passenger comfort by automatically controlling ride quality during operation. A 1.5MW solar power system installed at five stations is expected to lead to savings of around Rs 10m per annum compared with the present energy tariff.

Finally, Uttar Pradesh Metro Rail Corporation’s (UPMRC) objective to fulfil the ‘Clean Metro, Green Metro’ initiative for the Kanpur Metro Rail Project led to the installation of a special inverter device for the third rail dc traction system, which converts dc power regenerated through the train’s braking into ac for reuse. The initiative is expected to result in Kanpur Metro Rail having an improved energy efficiency of about 40-45%.

India now has more than 700km of conventional metro lines in operation and another 1000km of metro and regional rapid transit system lines are under construction. As economic activities resume post-Covid, public transport remains a pillar of strength for sustainable mobility and is indispensable for the country’s economic revival and future growth.

It is essential we keep talking about public transport, because our cities should be built around these networks. At UITP, we’ve been leading the way on this during the past two years. The fifth edition of the UITP India Urban Rail Seminar 2022, scheduled as an online digital event on March 9-10, offers a promising programme with numerous technical presentations as well as a plenary session.

In a country as large as India, the conversations around public transport never stop. Only by debating the future together can we see the positive results that I know are there to achieve.