How to rescue Britain’s HS2 project

I have become increasingly concerned about the sub-optimal ways in which Britain’s HS2 project has evolved whilst simultaneously the costs have escalated, and timelines have been extended. 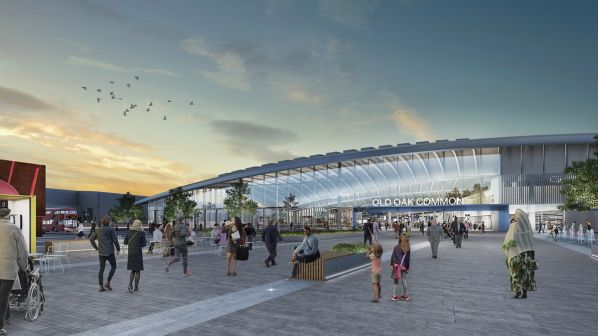 I have a keen interest in seeing Britain’s high-speed rail (HSR) plans come to fruition. However, ahead of the publication of the Oakervee review of the HS2 project, I want to outline my concerns and make some recommendation to improve utility whilst substantially reducing costs if the scheme is to continue.

There is little public support for but huge opposition against HS2 in Britain. No serious attempts have been made to convince the general public of the need for HSR. Yet public support is vital for such a massive infrastructure project. Opposition is widespread, negative and counter-productive, adding considerable uncertainty and delays, for example through legal challenges, and unnecessary, expensive mitigations such as tunnelling, which leads to pressure and aerodynamic problems for trains, and necessitates a reduction in speed.

A major campaign should be launched explaining why HSR is vital to connectivity in Britain. The resultant economic benefits should be clearly laid out together with the policies necessary to capitalise on the opportunities created by HS2. The fact it is a once-in-a-lifetime opportunity to reshape the economic geography of the country needs to be emphasised. The cost, disruption and limited opportunity to improve the performance and capacity of the existing railway needs explanation.

No significant effort has been made to explore what shape a completed HSR network might take. Since HSR is the equivalent for rail of the motorway system for roads, this lack of foresight is surprising. Plans for a national motorway system were made in the 1930s, well in advance of the start of construction in the late 1950s.

Major opportunities offered by an HSR system have not been explored and exploited. For example, nothing has been said of opportunities west and south of London, nor of major infrastructure opportunities such as a new hub airport, tidal generation of electricity and a new River Severn crossing. Good transport is a necessary condition for economic growth but insufficient by itself. Long-term policy needs to be allied to the HSR plan if it is to achieve the desired objectives.

A plan for the shape of the completed system should be developed and publicised including opportunities for links with other major infrastructure. Long-term policy needs to be developed to support the economic advantages of HS rail.

There has been no public visibility of strong and well-informed leadership. Too many changes of key people have occurred often after very short residence terms. Because the client is the Department for Transport (DfT), a body which lacks significant knowledge of HSR, the project has been specified badly and many mistakes have been made which have added significantly to the costs and utility of the proposed system.

A competent, articulate and well qualified leadership team should be assembled and kept together for as long as practically possible.

The phenomena of “not invented here” is well-known. The railways were indeed invented here, but regrettably considerable hubris exists that we still know best. HSR is a very different animal from the Victorian railway system we inherited. It is therefore vital that key lessons from abroad are acknowledged and acted upon. Japan is the country with most experience in HSR, where the Tokaido Shinkansen opened in 1964. This Shinkansen line is by far the busiest in the world. It has an unblemished safety record, is famous for its to-the-second punctuality, makes a huge operating profit and is run with vertical integration.

Understand and absorb lessons from abroad.

Lesson 1: The punctuality, reliability and safety of the Tokaido line arise from its characteristic as a sealed system. The advantages are manifold, including considerably lighter trains which usually means reduced maintenance costs, simpler (and cheaper) trains which improve reliability, reduced crashworthy requirements because of the removal of possible track obstacles, optimised power system with regeneration, and automatic train control via in-cab signalling.

Having trains run on and off HS2 onto the conventional network means importing all the weaknesses of the classic system to HS2 from day one. Punctuality would be impossible to maintain so stand-by high-speed trains would be needed. This is the main reason for the fiasco at Euston which appears to be planned for use as a rolling stock storage yard.

Lesson 2: It is highly advantageous not to go into existing busy city centres. Many HSR stations in Japan are located away from old city centres. This has greatly improved access for passengers, hugely reduces construction costs and provides a nucleus for future economic development.

Lesson 3: HS2 is conceived as a 400km/h railway, which is completely unnecessary. Distances in Britain are short: operation at 300km/h or even 280km/h would serve these short distances well. Time is better saved by smarter operation with, for example, six-minute train turnaround times at terminus stations and 40-second dwell time at intermediate stations. Constant speed over the majority of the journey also trumps the need for high maximum speed and, of course, has environmental emissions benefits.

Lesson 4: It is a complete fallacy to assume that HS rail only serves the end points. The number of intermediate stations between Tokyo and Osaka has grown as ridership has become established. Local authorities in Japan now recognise that an HS station acts as a stimulus for economic development. This demand has resulted in the present total of 15 intermediate stations along the 510km line between Tokyo and Osaka served by an interwoven combination of super express, limited express and all stations trains.

The plan for a major terminus station at Euston is a complete disaster. The proposed 13 tracks at Euston are unnecessary, expensive and a complication which lends itself to unreliability. The Tokaido Shinkansen operates four-minute departure intervals from just six tracks.

The complexity of the track layout proposed at the station mouth where 13 new tracks converge to two running lines beggar’s belief and is a certain way of ensuring operational disturbances due to track failures.

Connections to the London Underground at Euston will involve a long walk for passengers, so it will be much more convenient to use Old Oak Common in west London, with enhanced connections including Crossrail.

Good engineering relies on simplicity of design. Keep HS2 as a sealed system, site main stations outside existing centres, forget London Euston as the terminus, and plan for intermediate stations as areas of economic development.

During my time as chief scientist at the DfT, I rapidly realised that there was no ear to learn from my experience. Subsequent letters to prime ministers and transport ministers pointing out the folly of current plans have been brushed aside. 10 years ago, I was joint author of a report entitled High Speed Rail: How to get it started published by a group chaired by Mr David Ross, which demonstrated how most of the advantages could be gained at a much-reduced cost. Much of the advice contained in the report is repeated here.

Any notion of recovering capex from the farebox should be abandoned. This has never been attained by any major railway in history. Efficient operation will cover opex without recourse to subsidy. Stations can be developed as the system grows its business. Operational simplicity and functionality in the early years of the new railway is the only essential, far outweighing architectural fantasies. Indeed, the private sector will want to avail itself of the opportunities to add extra facilities such as hotels, offices, and retail offerings as the business grows.

Ownership and operation: railway operators around the world recognise that vertical integration of track and train is the key to good performance. Many of the issues concerning Britain’s conventional railways arise because this simple truth has been subverted by dogma. For HSR vertical integration is essential.

My suggestions imply criticism of the engineering staff of HS2. I know many of them well and I am aware that many are concerned by the weaknesses of the present design. They feel constrained by orders from above, but from whom the orders originate it is not clear. The folly of planning for an open system probably arises from a political desire to show how HS2 could benefit many cities from day one. This objective could be better achieved by having cross platform transfers to trains on the conventional network. Japan has demonstrated on many occasions how effective this can be as the system has grown in the last half century.

Finally, for what it is worth, my strong feeling is that starting in the north connecting Liverpool, Manchester, Leeds and York in the first instance, then connecting to Birmingham and London would achieve more rapid returns than building a line from London to Birmingham first, as is currently proposed.