The IRJ editorial team has put on its thinking cap to produce a 12-point plan to help rail become carbon free and take on a greater share of the transport burden. David Briginshaw outlines how rail can up its game in the battle against climate change. 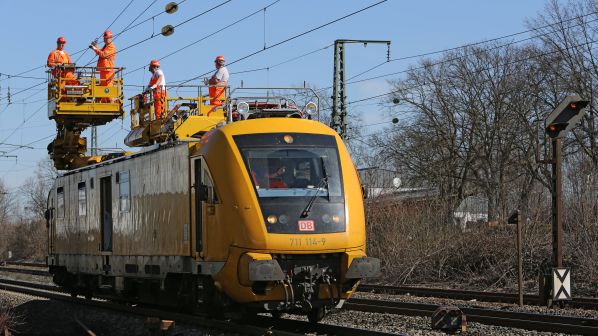 Electric trains emit no CO₂ or pollutants, which puts rail well ahead of any other powered mode.
Photo Credit: DB AG

THE recent news from the world Meteorological Organisation that global CO₂ emissions are still rising, albeit at a slower rate, and show little sign of peaking is extremely disturbing and makes the goal of cutting greenhouse gas emissions even harder to achieve.

The compromise deal reached in December at the end of the United Nations’ COP25 conference in Madrid to put off major decisions until COP26 in Glasgow in December 2020 is a huge disappointment. The world is on target to go beyond the threshold to avoid dangerous climate change in the 2030s if drastic action is not taken.

“The international community lost an important opportunity to show increased ambition on mitigation, adaptation and finance to tackle the climate crisis,” says the UN’s secretary general, Mr Antonio Guterres. Mr Laurence Tubiana, with the European Climate Foundation, described the outcome of COP25 as a far cry from what science tells us we need to do.

Let’s not be under any illusion that failure to stop global warming is a threat to the future of mankind rather than the planet, which will repair the damage we have wreaked and continue quite happily without us.

Transport is the second primary source of greenhouse gas emissions, accounting for around 25% of the total, after electricity and heat production and just ahead of industry. Worryingly, unlike the other sectors, transport CO₂ emissions are still increasing. Rail, on the other hand, is the greenest form of powered transport, producing far less CO₂ than road, air and maritime transport, and has the ability to become even greener relatively easily. So it makes sense to increase rail capacity quickly to transfer as much freight and passenger traffic as possible to rail. This is rail’s chance to demonstrate what it is capable of and play a major role in reducing emissions.

Each rail organisation needs to conduct an assessment, if it has not already done so, of how environmentally friendly it is and what it needs to do to cut CO₂ emissions and other noxious gases, stop waste and increase recyclability. A lot of railways have already done this and set themselves targets, but these need to be reviewed to see if plans to cut emissions can be accelerated and targets strengthened.

The following 12 steps are what we believe needs to be done.

An electrified railway can run on any fuel including green sources of energy such as hydro-electric, solar and wind power, and electric trains emit no CO₂ or pollutants, which puts rail well ahead of any other powered mode. The European Union is already urging the rapid 100% electrification of rail networks under its Green Deal.
Countries should assess which electrification projects will result in the greatest reduction in diesel traction. Electrification should match the train service pattern and the greatest volumes of traffic to achieve the biggest effect. Metros and light rail networks are 100% electric and commuter rail networks should aim for this as they serve densely-populated areas where air pollution is an increasing problem.
New hybrid forms of traction such as hydrogen and battery will only have a small impact as such trains have a very short range. Bi-mode electro-diesel trains are not the answer as they weigh more and have higher capital and maintenance costs than either straight electric or diesel trains, and have a marginal impact on diesel fuel consumption.
We know how to electrify railways and the return on investment will improve as rail traffic increases and fossil fuels become more expensive.

Greater automation and digitalisation and the use of Artificial Intelligence, the Internet of Things and blockchain will all help to reduce operating and maintenance costs and improve reliability. Rail must be price competitive to succeed particularly when up against low-cost airlines.

Netherlands Railways (NS) is already running its trains completely on green energy and a few more railways are planning to do so. More electrification will make this easier to achieve, provided green power sources are available.
The roofs of stations, depots and other large buildings in railway ownership should be fitted with solar panels as a matter of urgency to generate electricity for local use or sell it back to the grid.

4. Use technology to increase capacity

We need to be realistic - there simply isn’t the time and money available (outside China) to achieve a massive increase in capacity by laying thousands of kilometres of new track. Investment must be targeted where it will have the greatest effect such as eliminating bottlenecks. We can achieve a significant increase in capacity through technical innovations such as automation, computerised driver assistance systems and digital signalling such as ETCS and ATO over ETCS to reduce headways and improve reliability. Operating higher capacity trains more frequently will achieve a lot, relatively quickly.

Train journey times of up to four hours are already competitive with air. Operators should study how services can be accelerated to reduce journey times, for example by running more limited stop services or taking measures to eliminate speed restrictions. The objective should be to increase the average speed of trains, and not necessarily the maximum speed.
For longer trips, the only realistic way to achieve a significant shift from air to rail without building high-speed lines is to introduce comfortable and affordable overnight trains and revive one of rail’s unique selling points. Austrian Federal Railways (ÖBB) is leading the night train revival in Europe, but other operators must join in. Let’s take advantage of flight shaming.

Railways need to facilitate walking and cycling to stations, the use of semi-autonomous electric minibuses, as has been demonstrated in France for example, and install electric charging points for electric cars in station car parks.

Increasing the use of regenerative braking will maximise the benefits of electrification by reducing energy consumption and operating costs.

Building new lines requires years of planning and heavy investment, and is very time consuming. A quicker and cheaper alternative to connect more towns to the rail network is to open new stations on existing lines, introduce passenger services on freight-only lines and reopen old railways. Several countries including Britain, Germany and Poland have already started to draw up a list of projects.

9. Mobility as a Service (MaaS)

Public transport must become far better connected than it is today to get as close as possible to offering a door-to-door service. Introducing a national regular-interval timetable will dramatically improve connections between trains and shorten journey times, as the Swiss have demonstrated. Rail also needs to be better connected with other modes regarding both timetables and ticketing. Some railways are leading the way, such as Italian State Railways (FS) with its national multi-modal travel app, and the technology exists to make it happen.

Rail enjoys high market shares in Canada, the United States and Russia, where long distances and high volumes play into its strengths. But rail must penetrate the huge short-haul, high-value freight market elsewhere if it is going to increase its market share significantly. Europe has a target of achieving a 30% market share but remains stubbornly stuck on around half this figure. A few operators such as Lineas in Belgium are bucking the trend, and others must learn from their success. Rail freight must become more reliable, customer responsive, and price competitive if it is to prosper. Automation would help improve the viability of wagonload freight, which is where the growth potential lies.

Introduce sustainable procurement procuredues across the railway and conduct an assessment of the materials used to build trains and stations to try to eliminate products that are harmful to the environment. Eliminate single-use plastics entirely and increase recyclability. Educate staff to be more environmentally aware.

Finally, industry leaders must champion rail’s cause to politicians to secure investment and encourage backing for rail projects over road schemes or expanding airports. Leaders also need to promote rail to the public. Just because you improve
a service or open a new line, does not mean customers will automatically flock to it. Good marketing is vital to boost traffic.