Just when will British rail investment be confirmed? 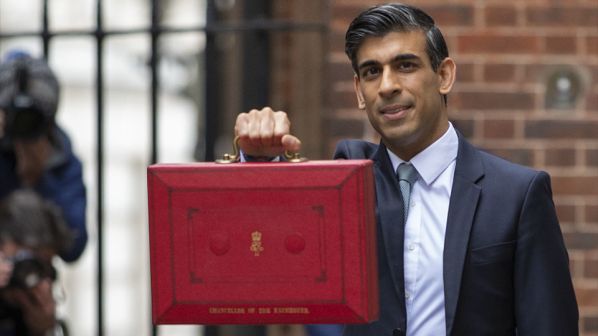 British chancellor Rishi Sunak's autumn budget and spending review speech did not contain the answers the industry was looking for with regards to future rail investment.
Photo Credit: HM Treasury

WHEN confirming something will be “soon,” how long should “soon” considered to be? For the British government it appears to be more than 300 days and counting.

The Integrated Rail Plan (IRP) was due to have been published by December 31 2020. This document will hold the key to investment approaching £100bn in Britain’s rail network on HS2 Phase 2b from Birmingham to Leeds, Northern Powerhouse Rail comprising a mixture of new and upgraded railways across the north of England, Midlands Rail Hub, Trans-Pennine Route Upgrade (TPRU) and various electrification schemes all seemingly rely on its publication.

With the announcement that chancellor of the exchequer Mr Rishi Sunak would deliver his Comprehensive Spending Review (CSR) as part of his autumn budget speech on October 27, the industry was braced for decisions, positive or negative, to be made. The date was also significant as it was the 300th day since IRP should have been published, and less than a week before the start of the United Nations Climate Change Conference (COP26) in Glasgow.

In the build-up to the CSR, Britain’s Railway Industry Association (RIA) which represents the British supply chain published a wish list calling for investment in rail. RIA regularly makes the case that the supply chain cannot continue to wait for government to make decisions regarding investment.

The charity Campaign for Better Transport (CBT) highlighted the rising cost of rail fares against the continued freezing of fuel duty and called for the rail sector to receive a fairer deal in the fight against decarbonisation.

Only seven days before Sunak’s speech, HS2 minister Mr Andrew Stephenson said, in his six-monthly update on the High Speed 2 project, “we will soon publish the IRP to ensure transformational rail improvements and benefits are delivered to passengers, businesses and communities more quickly.” Stephenson has form for this.  “We intend to publish the IRP soon,” he told shadow rail minster Mr Tan Dhesi on July 26 following a question in parliament, claiming that given the long-term significance of the publication it was important government carefully considers the priorities and evidence from metro mayors, council leaders and representatives from the regions as well as the National Infrastructure Commission (NIC).

The storm clouds feel as though they are gathering over HS2 and NPR, particularly NPR.

On September 20, leaders from northern England expressed concern that IRP had not yet been published. “It’s not looking great right now,” the mayor of Greater Manchester Mr Andy Burnham said. “The storm clouds feel as though they are gathering over HS2 and NPR, particularly NPR.”

Less than a month before that, Burnham was calling for funding for projects to help decarbonise transport, stating on August 27 that “major decisions are looming which will have a massive bearing on life in the North of England for the rest of this century.”

“Infrastructure connects our country, drives productivity and levels up,” Sunak told parliament on October 27. “That’s why our National Infrastructure Strategy invests in economic infrastructure like roads, railways, broadband and mobile, over £130bn. To connect our towns and cities, we’re investing £21bn on roads and £46bn on railways. Our Integrated Rail Plan will be published soon, dramatically improving journey times between our towns and cities.”

Sunak gave no more details, but the CSR document did, and it was depressing reading for proponents of these projects:

When the spending for the regional cities was revealed in the British press on October 23, it was also confirmed that of the circa £7bn announced, only £1.5bn was new.

RIA called the speech a missed opportunity. “Whilst it is positive to see confirmation of what looks like an additional £1.5bn of funding for regional transport projects, including in rail, this Budget appears to be a missed opportunity to unleash the potential of the railways in helping the country to build back better,” says RIA chief executive, Mr Darren Caplan.

He highlights the lack of an indication of whether long-term day-to-day funding of the railway network will be maintained at least at current levels in the years ahead. “We still don’t know what is in the IRP, we still have uncertainty over major projects,” Caplan says.

Caplan said that with COP26 taking place in Glasgow, the Budget would have been a good time to announce a rolling programme of electrification and fleet orders for alternative-powered trains. RIA has previously highlighted how at the current rate of electrification NR will not reach its target of net zero emissions by 2050.

If the government is serious about the environment, it makes little sense to cut air passenger duty.

Mr Andy Bagnall, director general at the Rail Delivery Group, highlighted the announcement of a cut in Air Passenger Duty (APD) for domestic journeys by 50% less than a week before COP26.

“Investment to improve connectivity between the nations of the UK is welcome and flying has its place,” Bagnall said. “But if the government is serious about the environment, it makes little sense to cut air passenger duty on routes where a journey in Britain can already be made by train in under five hours.

“Our analysis shows this will lead to an extra 1000 flights a year as 222,000 passengers shift from rail to air. This is disappointing and comes at a time when the industry is working hard to encourage people back to rail travel and build a financially sustainable future.

“Taken together with a fuel duty freeze for the 12th consecutive year, it is now more important than ever for the government to encourage more people to choose low carbon forms of transport like trains. We want to work with the government to accelerate our proposals to make fares simpler and better value.”

Compare that with France where, in April 2021, the French National Assembly voted to approve a ban on internal flights where an alternative train journey is available on a trip of 2h 30min or less. This decision followed a long consultation exercise on climate change while the assembly also agreed to ban the construction of new airports or airport expansions which result in an increase in emissions.

It was hoped that the CSR would bring answers for an industry that has heard ‘soon’ all too often from government when asking for decisions on promised investment. After a day of rehashed announcements combined with the decisions to encourage domestic flights and freeze fuel duty it’s understandable that the British railway industry remains concerned about its immediate and long-term future. Even worse, the British government’s decisions fly in the face of the objectives of COP26 which it is hosting.