This month marks the 40th anniversary since my name first appeared on the IRJ masthead. What an experience and a privilege it has been to have a window seat to the momentous changes which have taken place in the railway industry as well as politically and in the way this magazine is produced. 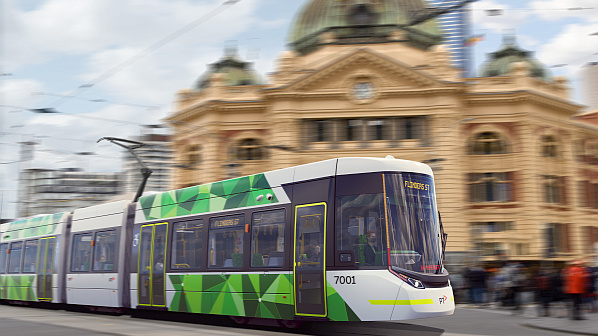 IN 1982, there were only two super powers, the United States and the Soviet Union, as China had yet to embark on its massive economic and industrial transformation. The outlook for rail was not great as the losses for most state-owned railways continued to mount and some governments were still trying to address this through rationalisation. There was concern about the environment, but mainly regarding pollution and congestion, as climate change only started to be recognised in the late 1980s.

Most countries had a single state-owned national railway, plus metros in the biggest cities and tram networks which had survived the huge cull which took place in North America and some European countries notably Britain and France. The exception was the United States where there were multiple Class 1 freight railways such as Chessie System, Milwaukee Road and Southern Pacific, names which have long since passed into history due to mergers to create the large Class 1s we know today.

The railway equipment manufacturing industry was dominated by what we now term SMEs. Consolidation was only just starting, which has resulted in a handful of players dominating most areas of the railway supply market. Back in the 1980s, the major European national railways largely carried out their own research and development and awarded contracts to domestic suppliers with little real competition. Indeed, the first generation of Germany’s ICE high-speed train was built by a large consortium of companies.

When I joined IRJ in 1982 as associate editor, we were still using typewriters and most news arrived by mail or telex. Fax machines were starting to appear, but the quality of the printout was often poor, and there was no internet. Production of the magazine was a slow and laborious process compared with today where we can do everything in-house up to the printing stage. Air travel in Europe was prohibitively expensive as there was no real competition between state-owned airlines. This forced us to find ways around the restrictions so that we could travel the world to conduct interviews with senior railway managers.

Consolidation was only just starting, and has resulted in a handful of players dominating most areas of the railway supply market.

The railway world started to change radically in the 1990s with the advent of privatisation, which saw US pioneers such as Ed Burkhardt and Henry Posner III leading the charge to buy railways and often getting their fingers burnt in the process. There is no doubt that privatisation saved many railways from oblivion, particularly in South America and to a lesser extent in Africa.

While it was undoubtedly a success in countries such as Mexico, Brazil and Japan, it has come full circle in others such as Argentina, Estonia and New Zealand. It failed in Argentina because of poor government oversight of the privatised companies, in Estonia and most recently Norway due to a change in government policy, and in New Zealand because the market was simply too small to support a private railway. The pandemic finally brought an end to Britain’s much maligned franchising model although private passenger operators will continue to have a role.

While North American railways followed the path of consolidation at the Class 1 level, Europe chose fragmentation with the division of most railways into infrastructure managers and operators, a model pioneered in Sweden and encouraged by the European Union. This has created the space for private freight and passenger operators to enter the market, with concessioning of local services. While the pandemic set a lot of private operators back, they are now regaining their feet and hopefully will start to grow again.

To flourish, privatisation requires an independent and just legal system, fair and independent regulation, government backing, a model where the private companies can make a reasonable profit, and a thriving market to tap into.

Privatisation has allowed other areas to emerge such as rolling stock leasing where new players have entered the market to supply locomotives and passengers trains, complementing the established freight wagon leasing companies.

Rail has been good at reinventing itself, and light rail is probably the best example with the advent of the low-floor LRV and more recently battery power to avoid unsightly overhead wires in historic city centres. CBTC coupled with platform screen doors means virtually all new metro lines are built as fully automated driverless systems with high levels of safety and flexibility.

Climate change coupled with choking congestion has favoured rail, with many countries now investing heavily in new lines and transit systems. In 1982, I never expected to see high-speed lines in Morocco and Saudi Arabia, and the massive investment in railways and metros in China.

Railways are often poor at recognising their own unique selling points. Overnight trains are a good example. Austrian Federal Railways (ÖBB) was the only European railway to recognise their potential while others rushed to exit the market. Now, these very same railways are trying to re-enter the market spurred on by pressure from politicians and the public keen to see trains replace short-haul flights.

As to the future, advances in technology, which have for example allowed trains to go faster or carry greater loads, will continue, with the automation of main line railways and the adoption of new methods of propulsion now looking ever more likely. If Brightline manages to make a success of private passenger operation in the United States, this could be transformative. In any event, the outlook for rail looks far better in 2022 than it did in 1982.