Mainline ATO a huge opportunity if railways can get it right 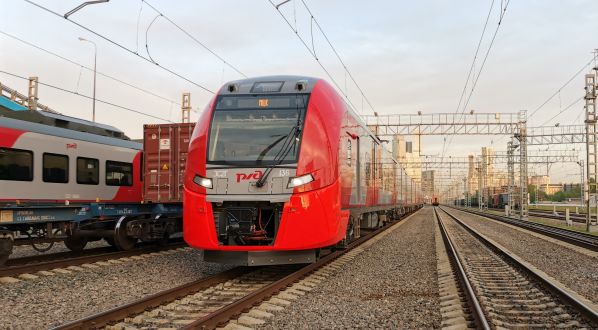 EMU operates at GoA 3 on Moscow Central Circle, commercial operation is set to begin later this year along with GoA 4 trials.

COVID restrictions mean only a limited number of visitors will be permitted to attend this month’s Winter Olympic Games in China. However, those who do make it are likely to travel between venues by train. A flurry of new metro lines and extensions opened in Beijing at the end of last year expanding the network to 699.3km (p5). China’s overall mainline network has also grown to more than 150,000km and the high-speed network to 40,000km, by far the world’s largest.

High-speed trains will whisk visitors around 170km from Beijing North to Zhangjiakou and Chongli, the destination for the Olympic alpine events. These passengers will be travelling on what is purported to be the world’s first automatic high-speed line, which opened in December 2019. They will also have access to a 5G onboard UHD video streaming service, another world-first, which is fed by around 400 5G base stations installed along the route.

China may have taken the lead on high-speed line automation, but other countries and regions are busy catching up.

LocoTech has conducted extensive tests of virtual coupling technology on freight trains in eastern Russia, and has successfully limited safety margins, reducing headways from 4-5km to 2-3km. LocoTech says virtual coupling can offer an increase in capacity of 15% and believes it could convoy up to five trains using the technology, offering substantial benefits for freight services.

Under a separate initiative led by the Institute for Information Technology, Signalling and Telecommunications in Railway Transport (NIIAS), trials are underway in Moscow with a Lastochka regional EMU operating at Grade of Automation (GoA 3) where a driver is available to intervene only in an emergency (p12). The trains have completed more than 7000km of trials on the Moscow Central Circle network and commercial operation at GoA 3 is expected to begin this summer.

In Japan, as well as suburban trains, JR East is working to introduce driverless trains at GoA 3 on the high-speed network, successfully performing a demonstration on the Joetsu Shinkansen in November. The railway says this proposition is potentially much simpler than its suburban application because these trains operate on a point-to-point network. It is also building on existing systems such as ATC and Cosmos to develop GoA 3 and GoA 4 capability.

Europe is adopting a similar approach, basing its mainline ATO developments on ETCS. Mr Keir Fitch, head of unit, rail safety and interoperability at the European Commission (EC), says the upcoming revision to the Technical Specifications for Interoperability (TSI) to accommodate GoA 2, expected this autumn, will enshrine the use of ETCS as the standard for mainline ATO deployment, and deliver a basis for interoperability, a key objective for the EC.

As well as AZD Praha’s work in the Czech Republic, projects in France, Germany and the Netherlands are underway and offering positive signs. All of the actors at work here are active in the Shift2Rail joint undertaking, and while not the location for all of their research, it remains the central hub for knowledge sharing and establishing best practice. Europe’s Rail will officially launch as the successor to Shift2Rail this month and will include work packages tasked with rapid development of ATO up to GoA 4.

Both Fitch and JR East say societal challenges are the other major obstacle. While driverless metros are broadly accepted, convincing people that driverless mainline trains are safe will be tricky. Industrial relations issues also mean that it is very unlikely in some countries that drivers will be removed, at least in the short-term.

Yet the economic benefits of doing so in some areas mean railways should prioritise this pursuit. Taking away the cost of the driver will improve the viability of some branch lines, potentially helping to increase the service level and ridership while reducing the public service obligation subsidy from the state. It also improves the economics of single wagon load freight and could potentially prompt a shift away from the block train model.

Of course, the cost of these projects must be affordable in the first place. Small branch line projects are not attractive for suppliers seeking lucrative main line deals, so these should be packaged together or incentivised.

Adapting rolling stock so it is compliant is another major expense, as is seen with the problems with updating existing fleets to ETCS. Extracting the full benefit of automation will require all trains to be compatible. This, however, risks ostracising smaller private players without the same resources as the state-owned railways. This should not become the next battlefield between new entrants and the incumbents.

The momentum building behind mainline automation is exciting. The challenges are significant but the rewards - substantial modal shift to rail - will be worth the effort.