ALL good things must come to an end. But the gradual decommissioning of GSM-R, the 2G+ dedicated railway radio platform, at the end of the decade will mark the withdrawal of arguably the most successful interoperable rail system ever conceived. 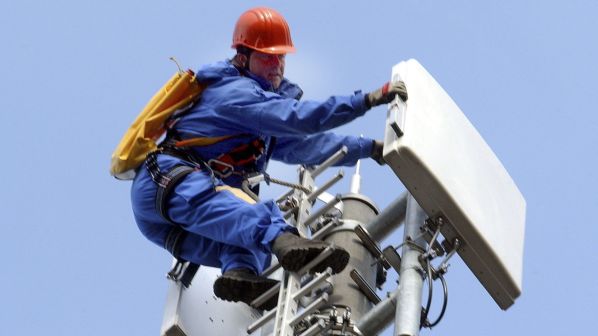 Installed on more than 150,000km of lines in Europe and 250,000km worldwide, GSM-R has been universally well received and adopted since its standards were ratified by the International Union of Railways (UIC) in 2000.

This contrasts sharply with ETCS, the signalling component of ERTMS. While trains can cross borders seamlessly without switching radio systems, the piecemeal rollout of ETCS in Europe means a completely interoperable signalling network is still a long way off. Indeed, major railways in France, Germany and Britain are only now getting onboard.

A key milestone was reached last month in the development of GSM-R’s successor, the Future Railway Mobile Communication System (FRMCS).

FRMCS is 5G-based and like GSM-R will support train radio voice applications and ETCS data. However, it is also an enabler for possible game-changing applications such as ETCS Level 3, ATO, virtual coupling, smart maintenance, monitoring of trackside components, and direct connections between trains and traffic management systems.

“The biggest challenge for FRMCS is replacing something that has worked so well for so long.”

While conceived in Europe, FRMCS will become the global standard for railway telecoms. 5GRail participants will validate specifications for FRMCS by developing and testing prototypes of trackside infrastructure and onboard applications in Germany and France by the middle of 2023. The UIC is aiming to deliver an FRMCS first edition based on 5G (3GPP Release 17) in 2025, which will be available for national pilots.

Mr Jean-Michel Evangelou, the UIC’s head of telecoms and signalling, says the biggest challenge for FRMCS is replacing something that has worked so well for so long. However, the UIC and its FRMCS partners deserve great credit for getting the project to the point where “we know what we know, and we know what we don’t know,” as Mr Dan Mandoc, the UIC’s head of FRMCS, puts it.

A key element in this process is acceptance by 3GPP, the global standard for telecoms, which will protect the standard and provide added flexibility for future evolution as new telecoms technologies emerge. The result is significant because it recognises the importance of rail among all the vertical markets that will use 5G and was no easy task given the literally hundreds of meetings with various parties that Mandoc says have taken place.

Significant work was necessary to secure adequate frequency or spectrum allocation for FRMCS. While GSM-R is primarily standardised in the 900MHz band, FRMCS is targeting adoption at 900MHz and the 1900MHz band. FRMCS will offer extra dedicated bandwidth during the migration when the two platforms will co-exist, and significantly more bandwidth overall, providing more flexibility in the long-term.

Away from FRMCS, another significant step for European transport telecommunications was taken in October. The European Commission’s decision to adopt the 5.9GHz band for the exchange of real-time information on the safety condition of connected transport effectively doubles the level of available spectrum for Intelligent Transport Systems including urban rail, metro, light rail and road vehicles to 60MHz.

The ruling, which will enter force on June 30 2021, includes CBTC for the first time and is significant because it harmonises the European market and should encourage the development of new systems, regulate costs and improve maintenance efficiency.

Increased spectrum will offer greater scope for innovation and telecoms suppliers are lining up to offer their tailored solutions. However, a number of challenges remain, notably relating to cybersecurity.

While developers are building security into FRMCS, cybersecurity is a general challenge for the sector.

According to a study published by the European Union Agency for Cybersecurity (Enisa) last month, railways generally suffer from low digital and cybersecurity awareness. The large geographical spread of networks, an over-reliance on the supply chain, limitations of legacy systems as well as a growing need to strike a balance between cybersecurity, competitiveness, and operational efficiency as railways embrace digitalisation are major challenges. There is also a general lack of harmonisation of cybersecurity regulations.

Combating many of these challenges requires a new set of skills and expertise. As many railways around the world embrace their respective digitalisation strategies, they are actively recruiting experts in fields such as Artificial Intelligence and data science. However, a skills gap remains.

The UIC and other equivalent bodies will help guide railways through the technical adaptations required by offering necessary expertise outside of rail’s traditional wheelhouse - Evangelou for example hails from the telecoms sector. And while railways should not lose sight of the day-to-day - intricate knowledge of the railway system is as critical now as it has ever been - a marriage of the two will leave railways well placed to maximise the opportunities offered by new technology.