Rail must seize the initiative in 2019

IF ever there was time for rail to surge forward it is now. Rail has already turned itself from a sunset to a growth industry due to the increasing recognition around the world of its ability to cut congestion in cities, offer a real alternative to air travel, and carry increasing quantities of freight under the right conditions. 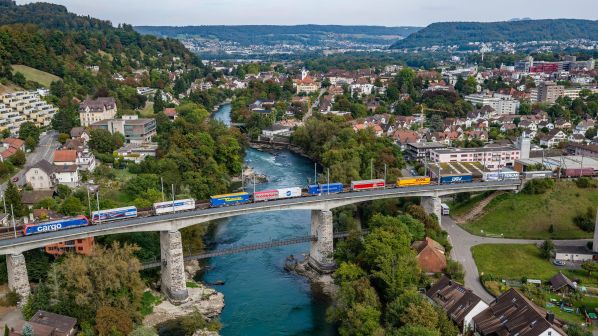 Rail claims to be the greenest mode of powered transport, so it should be in a strong position and current initiatives such as bi-mode, hydrogen or battery-powered trains will help to consolidate this.

This year has the potential to give real impetus to the global rail industry. The United Nations’ (UN) Intergovernmental Panel on Climate Change warned on October 8 that the world has 12 years to limit global warming to 1.5oC or face an environmental catastrophe. Although the UN’s COP24 climate change conference in Poland last month failed to identify how countries will cut emissions, it was agreed to put the 2015 COP21 Paris agreement into practice by getting governments to measure and verify their efforts to cut emissions.

The European Commission (EC) has adopted the goal for the European Union (EU) to become carbon neutral by 2050. Ms Elisabeth Werner, land transport director with the EC’s Directorate General for Mobility and Transport, says that rail is practically the only way to decarbonise transport, which should be music to the ears of the industry.

Hopefully, this will translate into greater rail investment, but this is by no means certain. Rail needs to continue to demonstrate its green credentials and fight its case hard; it also needs to ensure it provides good value-for-money. There are still too many projects which run over budget, such as Crossrail in London and the California high-speed scheme. As we see in this issue, Mr TC Chew from Arup has some interesting ideas on how rail projects can be delivered on-time and to budget.

Rail also has to become smarter at increasing capacity rather than simply laying additional tracks, which is extremely expensive. Digitalisation will certainly help, provided it happens quickly, as will automation. Australia has led the way with the first fully automated heavy-haul railway. The start of the first ATO trials on the Betuwe freight in the Netherlands on December 19 is welcome news, while France and Germany are also committed to rail automation as Europe’s leading railways seek to improve efficiency and address the potential threat from autonomous road vehicles.

While rail freight is prospering in some parts of the world, such as North America, Russia, India, and Australia, with healthy market shares, it continues to struggle in Europe where rail’s overall market share has been flatlining for years. Werner says poor punctuality and reliability are often greater deterrents to shippers switching to rail rather than the price or transit time.

At COP 24, the new Rail Freight Forward association of leading European rail freight operators committed to increasing rail’s share of freight traffic in Europe from 18% to 30% by 2030, which has long been the EU’s objective. As rail emits nine-times less CO2 than road, the aim is to cut CO2 emissions by 290 million tonnes over 10 years. But this will require a concerted effort not only by the operators but also infrastructure managers and governments.

Recognising high-speed rail’s ability to win traffic from air, the EU says it is keen to see more high-speed lines in Europe to at least temper the boom in short-haul flights.

Operating high-quality inter-city rail services in the 160-200km/h speed range can also win traffic to rail as Virgin Trains USA is starting to demonstrate in Florida. Its president, Mr Patrick Goddard, says such projects can be realised more quickly and cheaply than 300km/h lines resulting in a quicker return on investment, which in turn is more appealing to private investors.

Looking at the prospects for the rail supply industry, two important mergers and acquisitions are already on the cards for 2019. Wabtec should complete its takeover of GE Transportation, which will push it up the rankings of the world’s top 10 railway equipment suppliers to around fifth position. The Siemens Mobility-Alstom merger is still being scrutinised by competition authorities around the world. In order to satisfy the EU, the two companies may be forced to sell part of their signalling business and one of their high-speed train businesses. Even so, the combined group would still become the second largest rail equipment supplier after China’s CRRC. One of the drivers of the Siemens-Alstom merger is the desire to create a

European champion with sufficient resources to compete effectively with CRRC, even though CRRC is still primarily a supplier to the Chinese domestic market.

Other companies to watch in 2019 are Transmashholding, which has undergone a reorganisation and is now starting to develop its export business, Stadler Rail which continues to expand into new markets, and the two Spanish train builders, CAF and Talgo, which will build factories in Britain this year to satisfy one of Europe’s strongest train markets.

Rail could be on the cusp of a major upturn, but it must continue to drive forward innovation, adopt new technologies, streamline the way it does business, reduce costs, and possibly most important of all, champion its cause. After all this is what rail’s competitors are already doing.