IRJ's editor in chief, Kevin Smith, reflects on the prevailing message from the World Congress on Railway Research held in Birmingham last month. 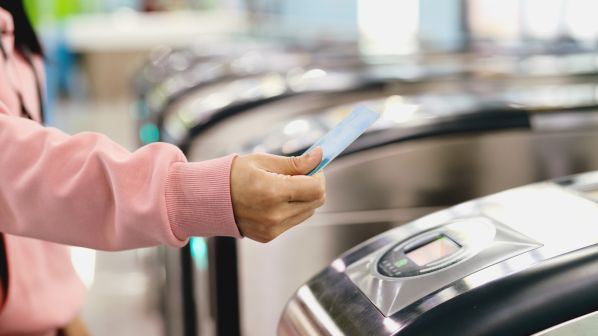 IN their closing address to the World Congress on Railway Research (WCRR) in Birmingham, Britain, on June 9, the event’s co-chairs, Ms Luisa Moisio, director of research and development at the Rail Safety and Standards Board (RSSB), and Professor Clive Roberts, director of the Birmingham Centre for Railway Research and Education (BCCRRE), reflected on the substantial progress made in the world of railway research since WCRR was last held in Tokyo in November 2019.

The chairs noted that the Covid-19 pandemic and the ongoing crisis in Ukraine have changed the work and priorities of railway researchers. Nevertheless, Roberts said researchers are extracting more and making better use of data for better performance, to improve conditions for passengers, and to make more cost-effective decisions. Roberts also sees real evidence of a growing acknowledgement of the need for modal shift. There is likewise a renewed emphasis on decarbonisation with some significant advances already made and more to follow.

“I am very confident that when we meet again in three years’ time we will see more progress,” Roberts said.

Moisio reflected on the importance of demonstrating the impact of research. She said this is not easy, but it is ultimately up to researchers to communicate clearly and to be persistent. She encouraged them to form collaborations and partnerships and to be curious. “The journey to impact is long and we really need to use all of the ammunition we have,” Moisio said. “We need to beg, borrow and steal to get what we need from decision-makers to take forward our research and progress the railway.”

This echoed their message on the opening morning, when Moisio and Roberts invited delegates to consider and raise the question of implementation throughout their time at the congress. It was a valid request. Too often rail research has been conducted for research’s sake at universities and research institutes, which have acted in silos, conducting important and interesting work, but much of which never gets close to making a tangible impact on the railway.

We need to beg, borrow and steal to get what we need from decision-makers.

Encouragingly, the theme of implementation ran throughout the congress. Professional Growth sessions for early career researchers and professionals on how to communicate with an impact and how to implement research successfully were commendable additions to the programme.

Implementation is central to the mantra adopted by the European Union’s Shift2Rail research initiative, and ramped up by its successor, the Europe’s Rail joint undertaking, which had a big presence at WCRR and will formally begin work at the end of the year.

The body’s executive director, Mr Carlo Borghini, regularly underlines this message when speaking in public forums. It did then raise eyebrows when during the third plenary session Borghini said that despite Shift2Rail investing €65m on inventing new solutions to improve passenger ticketing and to encourage modal integration, none of these systems have been picked up by the market.

Borghini explained after the event that he is determined to see solutions developed in Shift2Rail taken forward into the market to meet the sector’s current and future needs. He also wants to avoid wasting more money on further research that comes up with similar solutions.

Speeding up the adoption of new technologies that benefit the entire railway sector is the central mission of Europe’s Rail’s System Pillar. This will take a significant step forward this month with the launch of a call for proposals for membership of the core group, which Borghini expects to be representative of the entire rail community - suppliers, infrastructure managers, operators and standards bodies. He says this will expand the scope of its work to the benefit of the whole railway.

“The Systems Pillar will focus on developing the elements that are needed from an overall systems perspective while ensuring they meet the demands and expectations of the wider sector,” Borghini says.

Across the Atlantic, the railway research landscape is undergoing a major reset. Ensco will take up residence at the Transportation Technology Center (TTC) in Pueblo, Colorado, on October 1 and is set to offer research, testing and training for all surface transport modes, potentially presenting opportunities for greater cross-modal collaboration.

TTC’s tenant of 40 years, Transportation Technology Centre Inc (TTCI), has rebranded as MxV Rail and is constructing a new railway testing and research centre south of TTC. The facility will reinforce Pueblo’s status as the world-leading centre of railway research and technological development. Indeed, this expanded capability could yet prove just the tonic for a North American sector feeling the headwinds of a perfect storm of concurrent challenges as we report in this month's IRJ.

Technological evolution will inevitably result in major changes to how railway personnel work and are deployed. It will help many railways address an upcoming exodus of skilled workers into retirement and the struggle to find people to replace them. Many of the new machines on show at the IAF international track exhibition in Münster at the end of last month are designed with this workforce shift in mind.

On the other hand, technologies will change the work of existing staff. Many will be reassigned, potentially improving productivity, and in some cases, increasing the variety of work undertaken.

It is critical for railways to understand quickly how they might manage this transition and to communicate clearly and regularly to their staff about how their jobs will change. Much of the planned or threatened industrial action over the coming weeks and months is the result of future employee uncertainty and a void in communication, which the unions are all too happy to fill.

For any technological transition to be successful, it is essential that everyone is heading in the right direction. Railways need to show leadership to keep their staff onside. People have and always will be the railway’s greatest asset. Without them onboard, this is one journey the sector will struggle to complete.