The return of the state-run railway?

BRITAIN’s Office for National Statistics declared that Train Operating Companies (TOCs) were in state control on July 31. The government’s Emergency Measures Arrangement (EMA), introduced in response to the coronavirus pandemic, replaced the franchise operators, which are running the system at no risk under a central contract. 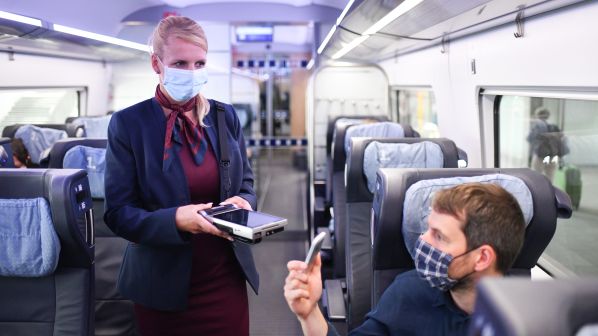 The franchising system was already on its last legs before the crisis. However, the goal posts have moved, and the long-awaited Williams Review might not now ever see the light of day. The EMAs are set to expire this month and whether the government persists with the arrangement - it is currently pouring in around £700m a month to keep the network operational - remains to be seen.

This is still an opportunity to right the wrongs of the recent past. The effective mix of market competition on profitable commuter and inter-city services with a public service obligation network that offers a viable and sustainable alternative to road transport can offer Britain’s railway a sustainable footing. It might also encourage the private companies that have turned away to come back.

However, with usage still low - around 20% of pre-crisis levels as the government only just rolling back its dangerous message to avoid using public transport - the fear is that the railway may not be seen to justify further support and miss out on the radical overhaul it so badly needs.

Britain took a different path from its European neighbours when introducing privatisation. There the state incumbent railways remain. But with these railways struggling with similarly dramatic drops in traffic and partial recoveries, some government decisions in recent weeks to offer a crutch to the embattled incumbents have been criticised by their would-be competitors which are equally feeling the pinch.

Some government decisions in recent weeks to offer a crutch to the embattled incumbents have been criticised by their would-be competitors.

Netherlands Railways (NS) says that without government subsidies it would have reported a loss of €1.078bn in the first half of 2020. It is engaging in cost cutting measures worth €1.4bn, including shedding up to 2300 jobs, or 11.5% of its workforce, to return to a financially healthy position by 2025.

However, five regional operators have launched legal proceedings against the award to NS of a 15-year direct award concession to operate ‘core network’ passenger services - the heart of NS’ service - from the start of the December 2024 timetable.

The Netherlands Federation of Mobility Companies (FNM) is pushing for greater competition in the awarding of passenger concessions. Meanwhile across the border, Belgian National Railways’ (SNCB) is requesting a 10-year direct award contract for the whole network, which would prevent any tendering of services for the foreseeable future.

German Rail (DB) also reported equally depressing financial results, going from a €757m profit in the first half of 2019, to a €1.8bn operating loss in the first half of this year. Yet the decision to award Siemens a €1bn contract for new high-speed trains on July 15 has left prospective competitors incensed for reinforcing DB’s long-distance monopoly.

Mofair has accused DB and the government of trying to kill the prospects for long-distance competition. There are also concerns over the extent to which DB Regio will benefit from a federal-state €5bn compensation package after DB received its own separate €5bn capital injection from the German government. Up to €3.6bn is also planned for next year while the railway’s debt ceiling has been increased from €25bn to €30bn.

Mofair says its members are again at a disadvantage. It says private competitors cannot expect their shareholders to pour in cash because unlike the German government, DB’s sole shareholder, they expect a return on their investment.

However, private competitors, including Sweden’s Snälltåget, do not have access to the same support.

Not offering the same level of support to other operators threatens to unravel much of the progress that has been made.

Reinforcing the incumbent is an understandable government response to Covid-19. Doing so to back rail as a sustainable transport mode is a policy we have been encouraging for years. However, not offering the same level of support to other operators threatens to unravel much of the progress that has been made and damage the financial viability of the sector. With less competition, costs will go up.

The European Commission is the check and the balance in this process. It is up to the commission to approve bailout funds proposed by member states and ensure they are distributed fairly. While the Fourth Railway Package’s market pillar is not legally binding until 2024, if the EC wants a truly competitive rail market to survive the crisis it must act quickly.

The great caveat in all of this is whether passengers return.

In its bi-annual report of the global rail market, SCI Verkehr says it does not expect patronage to return to pre-crisis levels before 2023, predicting a 35% decline this year.

Both Mr Christian Schreyer, CEO of Transdev North and Central Europe, and Ms Anne Mathieu, CEO of Keolis Germany, report that traffic on their regional services has recovered to around 60% of pre-crisis levels but no further. They both say the next few weeks are critical as schools and universities return after the summer break and whether people decide to return to the office. At 60% of previous traffic and revenues, in a low margin business, their net contracts are simply not sustainable. Local public transport authorities are also under pressure to continue to support public service obligation contracts with very little revenue coming in.

This is all against the backdrop of rising Covid-19 infections in Europe in recent weeks and whispers of the worst possible scenario - a second comprehensive lockdown. The economic consequences of this for the railway as well as the wider economy are unfathomable - the public funds which have propped up the sector so far might not be available second time around. We all hold our breath.