THE Covid-19 second wave is here and embattled railway operators are battening down the hatches once again as passengers continue to stay away from their trains. 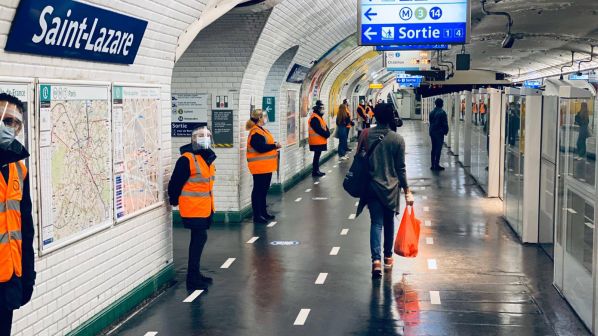 Governments around the world are toying with various guises of the comprehensive lockdowns introduced earlier this year as they try to balance protecting public health and the wider economy. The result is that passenger railways are in a financial flux. Many are receiving government funds to sustain a minimal level of service at vast expense to the taxpayer while some have been left to fend for themselves, putting their futures at risk.

In the United States, Amtrak CEO, Mr William Flynn, wrote to the federal government on October 8 requesting a $US 4.857bn bailout for the remainder of the fiscal year. This is in addition to a previous $US 1.5bn bailout and far beyond its approximate $US 2bn annual subsidy. Amtrak is operating at 25% of pre-pandemic levels and expects fiscal 2021 ridership and revenue to improve to around 40%, well short of previous projections.

In Europe many operators are in a similarly precarious position.
While the Austrian government’s PSO subsidy to Austrian Federal Railways (ÖBB) and Westbahn to operate the Vienna - Salzburg service helped to sustain the private operator, replacement with a zero track access charge, in line with European Commission guidelines, has left Westbahn staring down a barrel.

CEO, Dr Erich Forster, told me that more service cutbacks and job losses are likely. He says just €1m of support per month would sustain the operator for the remainder of the crisis. Whether the government will change its position is unclear.

Forster was envious of the situation in Britain where the government is paying franchise operators a management fee for up to 18 months, costing the taxpayer around £500m per month. The £1bn of government support offered to Transport for London, however, is well short of the £1.83bn the authority says it requires.

In Germany, reports are circulating that Netherlands Railways (NS) subsidiary Abellio, which operates various concession contracts, may be forced into insolvency and cease operation by December. GoAhead also announced it would pause bidding for future contracts.

While these operators struggle, the German government and its counterparts across Europe are swallowing the losses incurred by state-owned operators. This has prompted accusations of unfair treatment. The protest by private freight operators in Berlin last month against the perceived preferential treatment of DB Cargo is the most visible example of this discontent.

These difficulties are amidst the vast infrastructure investments announced in recent weeks to help stimulate struggling economies.

Austria’s €17.5bn, six-year plan promises improvements to urban, suburban and regional rail infrastructure across the country. The German federal government is also pushing ahead with its ambitious pre-pandemic investment programme, which it says will help address climate change. The French government has similarly pledged to spend €4.7bn on rail as part of the “Relaunch France” initiative.

Both US presidential election candidates have also vowed to spend big on infrastructure. Despite opposing California’s high-speed project, incumbent president Donald Trump administration’s record on rail infrastructure spending is relatively good. A compromise on defence spending in the 2018 budget resulted in a $US 20bn record appropriation for transit infrastructure in 2018.

Democratic nominee, former vice-president Joe Biden, is a long-time advocate of passenger rail and has vowed to “spark the second great rail revolution.” California is the only remaining project of the last attempt at building passenger infrastructure using public funds following the 2008 election, an initiative launched by Biden.

California’s struggles underline the difficulty facing such proposals. But with the prospect of a Democrat sweep of all branches of the federal government, House Democrats’ proposed $US 1 trillion infrastructure spending plan, which includes funding for electrification and increased support for passenger rail, may have some legs.

Nevertheless, it is the states that tend to drive transit initiatives forward in the US, and this month’s election includes further multi-billion-dollar ballot measures. Los Angeles’ $US 400bn Long Range Transportation Plan indicates what is possible with such ballot measures, notably Measure R in 2008 and Measure M in 2016.

There is though recognition that even when the pandemic subsides, passengers are unlikely to return to their previous behaviour. As people adapt to working from home, 9-5 Monday-Friday, city centre office working is likely to become a thing of the past for many.

Demand for rail will remain. However, as Vy’s passenger train director, Mr Arne Fosen, told me, this should lead to some careful consideration and open discussions between operators and government purchasers of what products are suitable.

As we have consistently argued, having more voices at the table will benefit the long-term situation. Calculated government support now will ensure when the pandemic ends there are enough groups willing to run the level of service required on sparkling new and updated railways. Unfortunately, leaving it to state incumbents alone is unlikely to deliver the comprehensive green recovery being actively demanded.