Still much to be done if competition is to deliver

The opening up of the French passenger market to competition offers benefits for both passengers and operators, but there is still much to be done to ensure success, as the president of rail regulator ART, Bernard Roman, explains. 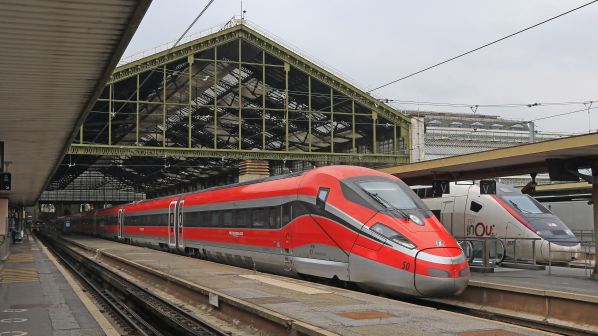 IT is now possible to travel in France with railway operators other than the incumbent, SNCF Voyageurs.
Trenitalia France’s Frecciarossa high-speed trains have been running on the French rail network between Paris and Lyon for nearly six months. With the planned arrival of Transdev as operator in the Région Sud, these and the Frecciarossa services are a practical illustration of the opening up of passenger rail transport services to competition in France.

ART was created by the French parliament in 2009 to supervise the opening up of the rail sector to competition and contribute to the monitoring and proper functioning of the national railway transport system. In February we published a study containing 39 recommendations for all public bodies, at both European and national level, to ensure that this process is successful and delivers the benefits that it promises.

Opening up the market to competition is not an end in itself. It should not be considered as an ideological vision that should be defended at all costs, but as a potentially very powerful lever to improve the railway system for the benefit of its users. European experience demonstrates that where it has occurred, for example in Germany, Italy and Sweden, market opening has not only given a new lease of life to rail transport, but has also benefited all players.

Passengers benefit from an increase in the quantity, quality and diversity of the services offered as well as more favourable ticket pricing policies. Incumbent operators also benefit from the overall increase of market demand.

However, there is still much to be done in France to ensure that passenger market opening fulfils all its promises. Indeed, many obstacles and barriers remain. They concern the charges and operational conditions for access to the infrastructure of the railway system, such as the track itself, stations and rolling stock maintenance facilities. Conditions for access must be significantly and swiftly improved to enable all alternative operators to enter the market under favourable conditions.

The French railway system has considerable potential in terms of its attractiveness and assets.

Specific obstacles and barriers apply to Public Service Obligation (PSO) services, including the access of public transport authorities, such as the French regions, to the relevant data for the competitive tendering of PSO services. Finally, there are specific constraints on non-PSO services, particularly on high-speed lines. The interoperability of the French high-speed network must therefore be improved through the deployment of ERTMS or the provisional systems provided for by European legislation.

Despite these issues, I wish to emphasise most strongly that the French railway system has considerable potential in terms of its attractiveness and assets.

France has the second largest network in Europe in terms of length while rail’s modal share has peaked at 10% for several years. The average train load in France is also the highest in Europe.

This potential is illustrated by the interest shown by new operators. By mid-February 2022, seven different operators - FlixTrain, Le Train, Railcoop, Renfe Viajeros, SNCF Voyageurs, Trenitalia and Midnight Trains - had expressed their intention to launch 41 new non-PSO services. In the case of regional PSO services, at least five new operators - Arriva, Régionéo, Renfe Viajeros, Transdev and Trenitalia - had expressed interest in responding to calls for tender from the regions.

However, successful market opening and increasing rail’s modal share will only be possible if the national rail network, and the rail system as a whole, is more efficient.

The French government’s decision to take on €35bn of debt from infrastructure manager SNCF Network is a considerable step forward that should be welcomed. This financial effort will not, however, be sufficient if the government, in conjunction with SNCF Network, does not define a target vision for the rail network and a real company strategy for the infrastructure manager.

With increasing the modal share of rail now accepted by French and European public bodies as a timely response to global warming, both the commitment of all the players and a firm political will are needed to ensure that the opening up of passenger rail transport services to competition fulfils all its promises and becomes a real tool for the development of the railway system, to the benefit of all the stakeholders, starting with passengers.