Sydney and London: a tale of two metro projects

SYDNEY Metro Northwest and London’s Crossrail both promised to transform transport in their respective cities and were working to similar delivery schedules in the mid-2010s. 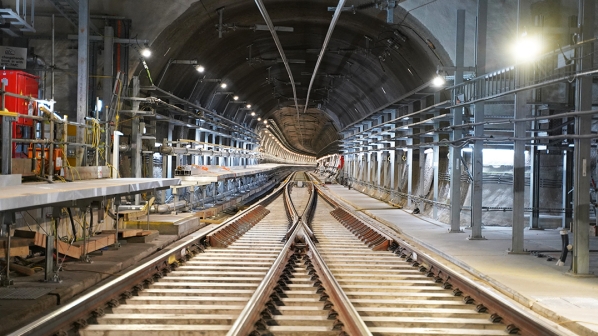 The biggest challenge with London’s Crossrail has been to bring together all contractors, so they are all working towards a shared objective.

A meeting between Mr Rodd Staples, the then programme director of Sydney Metro, and Mr Simon Wright, the then chief executive of Crossrail Ltd, in London in 2015 led to a friendly wager between the two on which would open first.

Wright argued that the battle would be won and lost on the systems and getting the testing and commissioning right. Staples on the other hand backed Sydney to have the best customer outcome. They both agreed to ride each other’s railways and have a glass of wine to decide who was right.
Staples, like all the rest of us, is still waiting for his ride on the Elizabeth Line and that glass of wine.

While Sydney Metro Northwest opened in May 2019 as planned, Crossrail’s 21km central section remains under construction. Indeed, the project has lurched from one crisis to the next after it emerged in August 2018 that it would miss its December 2018 opening date. The line is not now scheduled to open until mid-2022.

During a webinar hosted by the All Parliamentary Rail Group on September 15, Mr Tony Meggs, the current chair of Crossrail, reflected on the project’s difficulties in recent years and how the new management team has been attempting to unravel these issues.

“The developer is the glue that holds the project together. this requires strong leadership at the very top, which was seemingly absent in London.”

Meggs identified three underlying problems. First, he said there is a common misconception of major projects such as Crossrail. Instead of a civil engineering project, he said it should be viewed as a complex systems and integration project. The biggest challenge Meggs said has been to bring together all contractors, so they are all working towards a shared objective.
Secondly, he said there needs to be greater thought into setting deadlines.

With the fixed deadline of December 2018, there was little flexibility in the programme, and as things began to go wrong, the project ended up trying to condense two years’ work into just a few months, which proved untenable.

The result was the disbandment of much of the team at the end of their contracts in December 2018, leaving the new management team to re-establish the project’s capacity and capability to deliver, a process which Meggs said took up much of last year.

Finally, while building a new metro beneath an old city like London is undoubtedly complicated, Crossrail became overly so. Instead Meggs encourages governments to embrace simplification, standardisation and minimum viable product when developing future schemes.

A particular gripe for Meggs is Crossrail’s use of separate contractors for the rolling stock (Bombardier) and CBTC (Siemens), which has led to software integration problems. “This was a really, really bad idea,” he said.

However, this is not the experience everywhere. Thales for example is a global leader in CBTC and does not produce its own vehicles, as was Invensys before its purchase by Siemens in 2013.

Crossrail is undoubtedly a complicated signalling project due to the number of interfaces and the use of three systems. And while this was beyond the developer’s control due to the desired scope of the project, these are not insurmountable challenges.

As the webinar revealed, it was the vendors’ failure to communicate effectively that has led to the issues rather than their capacity to deliver. And while the vendors aren’t blameless, ultimately, the developer is the glue that holds the project together. This requires strong leadership at the very top, which was seemingly absent in London.

Sydney has not followed this path, selecting Alstom to supply its rolling stock and CBTC for Metro Northwest, a deal that has been extended for the City & Southwest extension project. This 30km line is under construction and is on schedule for completion in 2024.

This project includes the construction of 20km of dual-bore tunnel and six new stations as well as the conversion of an 11km commuter line to metro operation. Like Crossrail, City & Southwest requires multiple contractors to come together to deliver a complete system.

Dr Jon Lamonte, Sydney Metro’s CEO, says the developer is facilitating this process as much as it can, for example, by organising monthly sessions with contractor CEOs.

“We almost put all of the contracts to one side and ask ‘what’s the best way of delivering the project, and what’s the safest way of delivery?’” he says. “Because of that we’re driving out time and buying ourselves more time at the end of the programme, and that’s what you need.”

In addition, Lamonte says there is an emphasis on relaying the lessons learned to later elements. Sydney Metro is also actively engaged with “world class” metros in southeast Asia to understand and implement best practice.

Meggs said Crossrail’s legacy programme, which disseminated all of the lessons learned in its first 10 years, was a popular resource, receiving around 15,000 hits per month. This was shut down at the end of 2018 due to the demobilisation of the project. However, Meggs said it will be reactivated and updated with the current and more challenging elements of the programme.

Unfortunately, individual railways still too often work within their own bubble to the detriment of project delivery. There are enough examples of both good and bad projects from various industries out there, and usually enough people willing to share their experiences. Such active engagement might just help to prevent another Crossrail from happening.