Time to turn words into deeds

The European Year of Rail officially closed during a ceremony at the European Railway Summit, hosted by French National Railways (SNCF), in Paris on February 21. 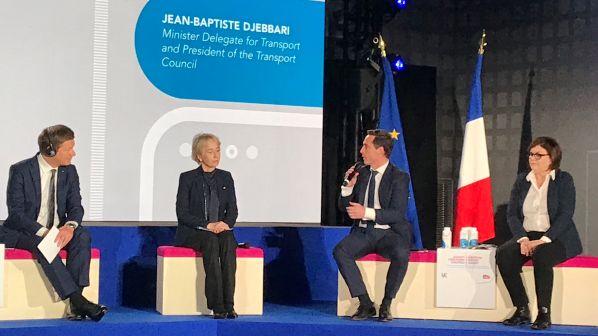 MUCH of the great and the good of the European rail sector gathered at the event, which reflected on the year’s achievements and sought to continue the momentum.

While the Covid-19 pandemic limited personal contact and industry gatherings throughout 2021, the Community of European Railways and Infrastructure Companies (CER) did manage to organise the Connecting Europe Express (CEE), the most visible and prominent initiative of the Year of Rail.

Rail accounted for just 7.8% of cross-border passenger journeys in the EU-27 in 2018. And with 40% of European citizens living within 30km of a European border, the potential for cross-border rail to replace short-haul flights is significant.

Europe’s three track gauges are an obvious physical barrier. But the situation is further complicated by a reluctance of national railways to think beyond their own borders and to align national rules. The unnecessary use of 65 locomotives for the CEE was a reminder of the challenge to achieve interoperability of thought as much as standards. Each railway’s desire for their latest locomotive to lead the train showed that national interests continue to trump seamless operation.

Nevertheless, growing international rail services was included in a pledge signed by the heads of 32 railway companies from 24 European countries at the summit. The conference heard leading railway executives and transport ministers from France, Belgium, Germany and Slovenia discuss many of the points raised in the document and the challenges facing delivery. This included improving the attractiveness of rail by enhancing ticketing, door-to-door mobility and cooperation with other modes; making rail more sustainable and inclusive; and introducing innovation.

Not one leader mentioned the significant losses experienced by the sector in the past two years.

Unfortunately, many of these issues are not new. Indeed, you may have heard some of the same aspirations and complaints at a similar event held a decade ago; the grievance about paying VAT on rail tickets goes back for many years, for example.

The contrast between the rhetoric at the summit and the reality of the situation on the ground was emphasised in news that emerged on the same day. SNCF is set to end its cooperation with Renfe on cross-border high-speed services between France and Spain from December. According to Les Echoes, SNCF cited increased losses from the services during the Covid-19 pandemic for the withdrawal.

Indeed, conspicuous in its absence in the discussion was the impact of Covid-19. Not one leader mentioned the significant losses experienced by the sector in the past two years - estimated at €50bn by CER - and their potential impact on future service levels as well as investment. The inability for the audience to ask questions prevented the subject from being raised.

Germany’s increased spending on rail infrastructure to €13.6bn in 2022 as the government seeks to boost rail’s share of transport to 25% by 2030 and another big order for high-speed trains seems to indicate that it is willing to swallow the hit incurred by German Rail (DB). But with other governments, particularly those in less prosperous states, seeking to reduce deficits, this is unlikely to be the norm. The ability of cash-strapped operators to innovate and attract new passengers is therefore likely to be hindered. The need for open competition enshrined in the Market Pillar of the Fourth Railway Package, another issue that was only loosely touched upon during the summit, is now paramount.

Rather than Covid, the debate in Paris centred on the climate emergency. SNCF president and CEO, Mr Jean-Pierre Farandou, said he is convinced rail can play a major role in solving the crisis. The EU agrees and has set ambitious targets for modal shift to achieve its Green Deal and Fit for 55 emissions reduction targets.

To keep these aspirations alive post Covid, rail is a major beneficiary of the EU’s Recovery and Resilience Fund, which together with the Connecting Europe Facility (CEF), European Regional Development Fund and the Cohesion Fund, means around €80bn of EU funding is now available to support rail. Further financing is available from institutions such as the European Investment Bank (EIB), which are favouring green and sustainable investments.

Arguably, rail has never had it so good politically, a point made by Dr Richard Lutz, CEO of DB. However, this will only last for so long. In an interview with The Guardian last month, the CEO of EasyJet, Mr Johan Lundgren, questioned the wisdom of vast investments in rail infrastructure projects which will expend huge quantities of CO₂ now when green aviation is likely to be available in the middle of the next decade. While the EU is favouring immediate action by supporting rail, these arguments will not go away. If the climate situation becomes more desperate and rail is not delivering, the political and financial support the sector now enjoys could soon evaporate.

Adopting new technology was regularly cited as critical for rail to deliver modal shift. CEO of Austrian Federal Railways (ÖBB), Mr Andreas Mättha, described Digital Automatic Couplers (DAC) as “a gamechanger” for rail freight and called for a rapid rollout on the European wagon fleet. DAC is a flagship programme of the Shift2Rail research initiative, and it was fitting the event also served as the launchpad for its successor, Europe’s Rail.

Europe’s Rail executive director, Mr Carlo Borghini, has repeatedly said delivery of technologies for commercial use must be the objective for the programme. Technology though can only do so much. Arguably it is politics that has been holding rail back. European transport ministers and railway leaders should take heed of this call for action because talking is no longer enough. It is time for the railways to turn their words into deeds.