Wagonload must become Europe-wide to survive

Despite falling by 10% during the last 16 years, wagonload freight still accounts for around a third of DB Schenker Rail's total freight traffic says Dr Alexander Vogt from the Association of German Transport Companies (VDV). But the future viability of wagonload freight depends on reducing costs, and developing a Europe-wide network. 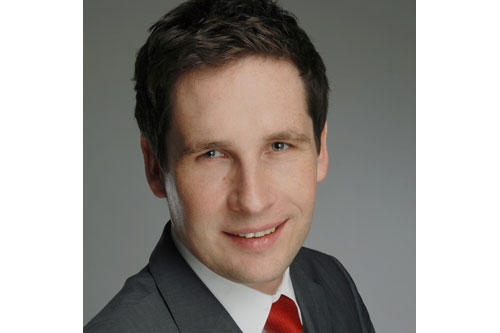 WAGONLOAD railfreight has been affected more than block train or intermodal traffic during the last 20 years by the change in the structure of freight traffic, globalisation and the development of logistics. It is not surprising therefore that the amount of freight transported by DB Schenker Rail's wagonload network in Germany has dropped by about 10% since 1994, unlike block train and intermodal volumes which have grown significantly. Today, wagonload accounts for 30% of German railfreight, or 5% of total German freight traffic, as railfreight currently has a 17.5% market share.

These are some of the findings of an empirical study of German wagonload freight traffic following liberalisation which I conducted for a PhD thesis in cooperation with the Association of German Transport Companies (VDV). The thesis includes results from 82 on-site interviews with railfreight companies and stakeholders undertaken in Germany in 2010-11.

In 2010, there were 111 active railfreight operators in Germany, grouped into the following business models:

Intra-modal competition is most likely for long-distance railways and least likely for regional railways which focus on cooperating with the incumbent. Only 40% of railfreight moved by new entrants is carried out as the main contractor with the remainder as sub-contractor predominantly for DB Schenker Rail.

The level of competition differs between freight categories, and depends on the feasibility of transporting the goods by block train, wagon availability, and whether clients go out to tender, with the greatest competition for chemical traffic, automotive merchandise, and containers.

New entrants have a market share of 25%, which should settle down at 30% in the medium term, and so play an important role in Germany. The only remaining barriers facing new entrants are: increasing bureaucracy, especially for obtaining safety certificates, raising capital, and a shortage of some types of freight wagon.

DB Schenker Rail restructured its wagonload system in 2001-02 following liberalisation to improve its cost-effectiveness. This reduced the number of private sidings which concentrated traffic on Germany's main economic centres. However, thanks to cooperation with regional railways, 10% of the private sidings selected for closure in 2002 remained in service. Lower technical standards and staff costs together with spare capacity enabled the regional railways, while still covering their costs, to replace the incumbent in some areas. This allowed the new entrants to increase their market share so that, today, every fourth tonne moved on DB's wagonload network has been fed into the system by regional, industrial or inland port railways.

Almost 20 years after liberalising the German railfreight market, there is still no real intra-modal competition in wagonload freight, and only 3% of wagonloads are transported outside DB Schenker Rail's wagonload network. DB's most active competitor is Captrain, an SNCF subsidiary.

Market entry barriers remain, such as sufficient capacity, lack of suitable wagons and unwillingness of new entrants to cooperate to establish an independent wagonload network. Low volumes of small and medium sized lots being transported by rail is responsible for the unprofitability of the alternative wagonload network.

Apart from wagonload solutions for specific industries operated by new entrants between a limited number of destinations, it is unlikely that there will be true intra-modal wagonload competition. This is because the German railfreight market is dominated by railways which are owned by local authorities which depend on DB Schenker Rail for cooperation. Even financially-strong subsidiaries of foreign incumbents operating in Germany hesitate to invest in an alternative network because it is simply too capital intensive and profits can only be made in the long term, if at all.

The key to improving the attractiveness of wagonload freight is to cut costs. Reducing the charges for paths, essential facilities, and traction current, and obtaining diesel tax breaks have the greatest potential to boost wagonload financial performance. Strategies to attract new customers include reducing transit times, improving reliability, setting up flexible wagon pools, and wagon standardisation. But, forming a second wagonload network is not a solution.

The future of wagonload in Europe will be on an international scale. Thus the connectivity of the different national systems operated by the incumbents has to be improved. Xrail, an alliance of seven European incumbents which aims to make international wagonload traffic by rail more customer-friendly and efficient, is a first step in the right direction.