RHINE-Ruhr Transport Authority (VRR) announced on July 7 that it has selected Abellio and Keolis for two contracts to operate Rhine-Ruhr S-Bahn and regional services from December 2019. 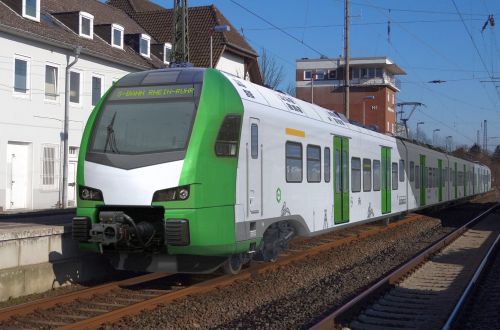 Services on lines S1 and S4 will be operated by a fleet of 48 four-car class 422 EMUs, which VRR agreed to acquire from DB Regio last year.

Abellio will use a new fleet of 41 Flirt EMUs from Stadler Pankow for Lot B services. The order comprises short sets, which will seat 180 passengers, for lines S2 and S28, and longer trains seating up to 296 passengers for lines S3, S9, RB3, RB40, and RB41. The new trains will have more bay seating than existing rolling stock on these routes and will also offer power points and free wireless internet access. Both variants will be equipped with 1800mm-wide doors to speed up boarding and alighting at stations.

The two contracts will be signed after a 10-day appeal period.