ABELLIO Rail, a subsidiary of Netherlands Railways (NS), has announced in the Official Journal of the European Union that it has subcontracted DB Regio to operate Rhine-Ruhr S-Bahn Line S3 (Oberhausen - Essen - Hattingen) between December 15 and March 1 2020. 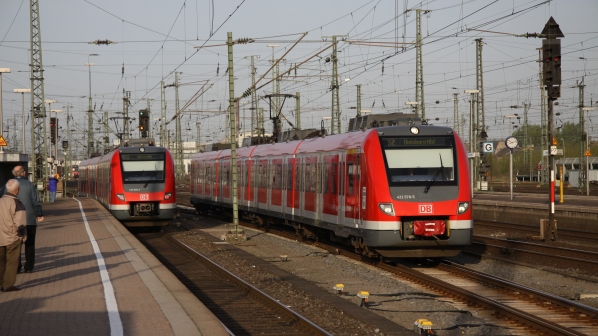 The contract was a direct award with negotiations exclusively with DB Regio due to technical and economic circumstances.

DB Regio will operate the services on behalf of Abellio, which was awarded the contract in July 2016 to operate Line S3 services by Rhine-Ruhr Transport Association (VRR), and will use its own resources, including drivers, rolling stock, cleaning and maintenances facilities.

VRR awarded Abellio a contract to operate six S-Bahn lines in the Ruhr district from the December 15 timetable change. The 15-year contract covers 7.1 million train-km a year. However, a national shortage of train drivers has meant Abellio was unable to attract and train enough drivers to fully execute the contract.

As a counter measure to ensure the performance meets the terms of the contract, Abellio has subcontracted DB Regio to provide assistance until March 2022, during which time Abellio will continue to prepare to operate Line S3 services itself.

The driver shortage has already resulted in the cancellation of the contract between VRR and Keolis to operate Rhine-Ruhr S-Bahn lines S1 (Solingen - Dortmund) and S4 (Unna - Dortmund - Lütgendortmund) from December 15. VRR said Keolis had only recruited around half of the drivers required and “therefore cannot guarantee reliable passenger operation of the lines from mid-December.”