ARGENTINE interior and transport minister Mr Florencio Randazzo confirmed on September 12 that the government is to nationalise the Mitre and Sarmiento suburban lines in Buenos Aires. 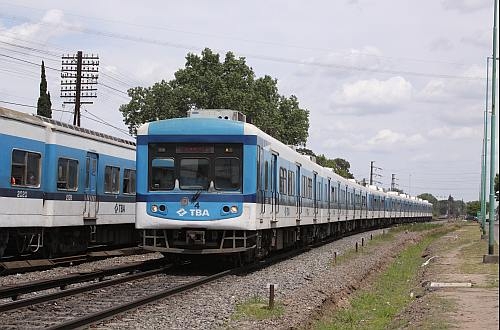 Both lines were formerly operated by Buenos Aires Trains (TBA), which was stripped of its concession following the accident at Once station in February 2012 which killed 51 passengers and injured more than 700.

Since May 2012 the Mitre and Sarmiento lines have been operated on an interim basis by Ugoms, a consortium of Buenos Aires metro operator Metrovías and private train operator Ferrovías, while the Ministry of the Interior and Transport has covered the salaries of TBA staff and also assumed responsibility for planning improvements to the network.

On September 12 the government published a resolution (1083/2013) in the official gazette which would transfer the lines to state-owned rail operator Sofse, employing the same legal mechanisms used last year to return Belgrano Cargas railfreight operations to government control.

The government has prioritised maintenance and fleet renewal to restore the Mitre and Sarmiento lines to a state of good repair, and in January it placed an order for 409 emu cars from CSR Qingdao Sifang, China, to replace the life-expired train fleets on both lines.