THE Salta - Güemes regional rail service in northwest Argentina will be extended southwest from Salta to Campo Quijano following agreements signed on November 4 between the Argentine government, Argentinean Trains (SOFSE) and the governor of Salta province. 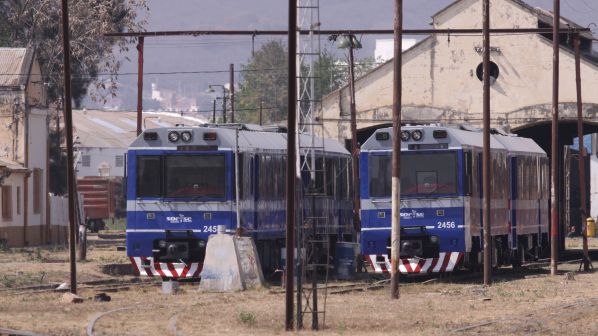 Salta Province has agreed to fund enhancements at the three stations and to manage the 32 level crossings on the route with either new automatic barriers or manual operation. This work should be completed by June 2021 allowing services to begin, although an earlier start in April 2021 is also possible.

The Salta - Güemes service has operated since 2012 using 46.4km of line C13 of the Belgrano network east of Salta. Services have been operated using five former Feve Apollo DMUs imported from Spain. It is now is the third busiest regional service in Argentina.

The new 40.6km Salta - Campo Quijano service will use the 17.2km easternmost section of the C13 route and the first 23.4km of C14 branch of the metre gauge Belgrano Railway, which will be upgraded.

This section extends west to the border with Chile and until 2016 hosted the Train to the Clouds tourist train between Salta and the La Polvorilla viaduct high in the Andes.