TRANSPORT for London (TfL) announced on March 18 that it has selected Arriva Rail London as preferred bidder for a £1.5bn seven-and-a-half year concession to operate the London Overground orbital suburban rail network with an option for a two-year extension. 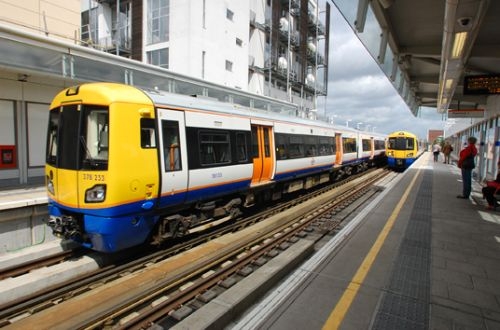 Arriva will take over operations in November, succeeding London Overground Rail Operations (Lorol), a 50:50 joint venture between Arriva and MTR, which has operated the network since 2007. The contract will be signed after a 10-day standstill period.

Three other bidders were shortlisted for the concession, including LoKeGo (a joint venture between Keolis and Go-Ahead), Metroline Rail (a subsidiary of Singapore-based public transport operator ComfortDelGro), and MTR Corporation.

The new concession encompasses all London Overground lines, including the West Anglia lines from Liverpool Street to Enfield Town, Cheshunt, and Chingford, which, together with the Romford - Upminster branch, recently came under TfL control. A new fleet of 45 Bombardier trains will be introduced on these lines from 2018 onwards.

Frequencies on the North London Line will be increased from eight to 10 trains per hour and the contract includes options for an all-night service at weekends from 2017. Operating hours will be extended on some routes and new Christmas holiday services will be introduced on some parts of the network on December 26.

Gospel Oak - Barking services will be extended to a new station at Barking Riverside by 2021 in a £263m project approved by the mayor of London Mr Boris Johnson on March 17.

TfL says Arriva will be expected to deliver a "sustained improvement in performance levels," and the contract includes incentives penalising Arriva if incidents caused by Network Rail and other train operators affect the operation of London Overground services. This is intended to incentivise closer working with the infrastructure manager and Bombardier, which maintains the train fleet. Punctuality standards have also been tightened and performance will be measured on trains arriving within three minutes of schedule, instead of the current five minutes.

Passenger numbers have increased 400% since the launch of London Overground in 2007 and the network now carries more than 184 million passengers a year, equivalent to 585,000 passengers a day.