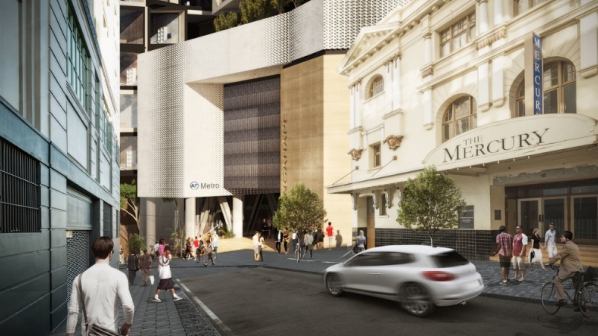 The contract is the largest body of work for the CRL, which will extend Auckland’s commuter rail network beyond the existing city centre terminus at Britomart, which will become a through station, to connect with the Western Line at Mount Eden which will be redeveloped. The underground link will be 3.4km long running up to 42m below street level.

The project cost increased by more than $NZ 1bn ($US 677.6m) to $NZ 4.4bn following competitive pressures including an overcrowded construction market in New Zealand and Australia, with the project also expanding to increase capacity from 36,000 to 54,000 passengers per hour.

The PAA and other project-related documents were signed inside the 4000-tonne Chief Post Office heritage building in central Auckland, which is currently suspended on temporary foundations while a section of tunnel is built beneath it.

To maintain project momentum, the Link Alliance has been working on an $NZ 75m early works contract while commercial and legal negotiations continued to finalise the PAA.

Construction of three smaller sections of the project at lower Queen Street/Britomart and north Albert Street in the city centre and utility-based work at Mt Eden are already underway.

Twyford says singing the contract with a high calibre of international companies was an achievement given the strong competition around the world for infrastructure companies.

“The line will double the capacity of our rail network, reduce travel times into and through the central city, and help take cars off the roads, as well as driving investment in our region,” Goff says. “With the population of Auckland growing by 40,000 a year and public transport journeys exceeding 100 million in the past year, the completion of CRL can’t come soon enough.”

“Aucklanders can be confident that a project transforming the way they travel, live and work will be delivered to a high standard, on time in 2024, and on budget, leaving behind an outstanding legacy for the city,” says CRL Ltd chief executive, Dr Sean Sweeney.