BAVARIAN Railway Company (BEG) unveiled a three-stage long-term plan for the operation of the 434km Munich S-Bahn network on February 3, confirming DB Regio subsidiary S-Bahn Munich will continue to run the system until at least the end of the decade. 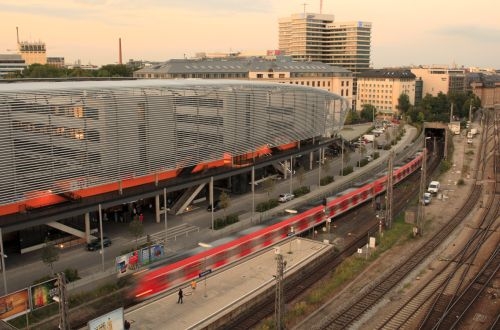 BEG will award S-Bahn Munich an interim contract which will run from December 2017 when the current deal expires until December 2019, when a new long-term contract covering the entire network comes into effect. A second city centre S-Bahn tunnel will be completed half way through the contract term in 2025, and with a significant increase in capacity at the heart of the network, BEG forecasts a gradual increase in S-Bahn services from 20 million train-km per year to around 26 million.

At this point, the increase in services and the age of the current train fleet will necessitate the procurement of new rolling stock.

When this contract expires in 2032, operation of the network will be divided into lots, with each contract running for around 12 years.

BEG says the three-stage plan has been developed with the assistance of external consultants and takes into account the "extreme" operational complexity of the S-Bahn network, which combines intensively-used sections accommodating up to 30 trains per direction per hour in the core with single track and mixed-traffic operation in the periphery.

"Operational stability is the ultimate goal of all our planning," explains BEG managing director Mr Johannes Niggl. "Splitting the network into lots will enable greater competition, but it will be impracticable to do this before the second tunnel is built."

BEG says that it has decided to directly award the interim contract to DB Regio because it is the only operator with the resources, including rolling stock, to meet its operational requirements.