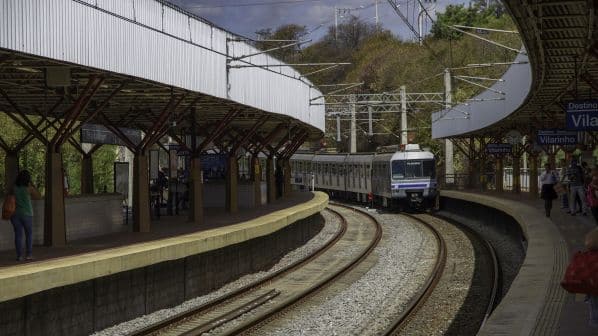 THE governments of Brazil and the state of Minas Gerais have awarded the Comporte Participações consortium a 30-year concession to operate and maintain the Belo Horizonte Metro, which will see the route pass to the private sector from state-owned commuter rail operator Brazilian Urban Trains Company (CBTU).

Comporte will be responsible for operating Line 1, running for 28.1km from Belo Horizonte to Contagem with 19 stations, which will be upgraded. A new station will be built at Novo Eldorado in Contagem.

The concessionaire will also be responsible for completing construction of Line 2, which will run for 10.5km from Calafate to Barreiro with seven stations. The first section of Line 2 is expected to open in 2026, the fourth year of the concession, with the new route completed in 2028.

Total investment to be made over the 30-year term of the concession is Reais 3.7bn. This includes Reais 3.2bn of public funding with the federal government providing Reais 2.8bn and the Minas Gerais state government Reais 440m.

The state funding is being provided from the settlement agreed by mining company Vale with Minas Gerais following the collapse of the Brumadinho dam in 2019 which killed 272 people.

Comporte is due to start implementing its Reais 500m component of the investment programme during the first half of this year. When upgrading work and new construction are completed, it is expected that the Belo Horizonte network will be used by 270,000 passengers a day, of which 50,000 will be on Line 2.

CBTU employees transferring to the private sector will have option of acquiring up to 10% of the new company that will take over the Belo Horizonte network.

“Anyone who visits Belo Horizonte knows the problems we have with traffic and public transport,” says Minas Gerais state governor, Mr Romeu Zema. “In a few years we will have a great improvement for the population.”

For detailed data on commuter rail and metro projects around the world, subscribe to IRJ Pro.