The initial section from Berlin Main Station to Gesundbrunnen is also delayed. 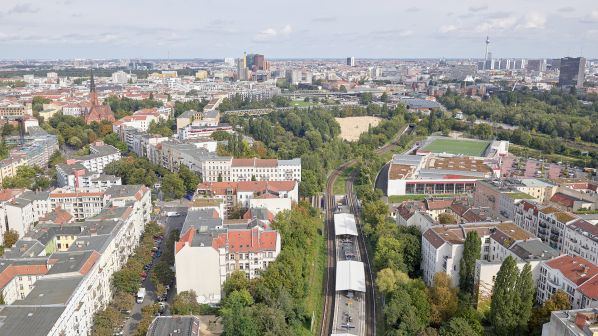 GERMAN Rail (DB) says the coronavirus pandemic is delaying the completion of both the initial Gesundbrunnen - Berlin Main Station section of the new City S-Bahn (Line S21) and the overall project, which will eventually connect the northern S-Bahn ring with Berlin Main Station, Potsdamer Platz and Yorckstraße.

DB had planned to introduce a shuttle service on the northern Gesundbrunnen - Berlin Main Station section in December and complete the project in 2026. The project is being delayed by delivery bottlenecks, for example of switchgear and special concrete components such as cable ducts, as well as a shortage of specialist staff, especially in planning, and commissioning delays.

DB says that corrosion was also discovered in one of the foundations of Humboldthafen bridge, which was caused by a poor connection between concrete and steel. An external structure will be installed to take the weight of the bridge while the foundation is repaired, allowing S-Bahn trains to continue operating.

DB says revised opening dates are expected to be announced later this year.