A framework agreement called i2030 to improve the rail network in the Berlin area was signed on October 4 by Ms Regine Günther, Berlin senator for environment, transport and climate protection, Ms Kathrin Schneider, minister for infrastructure and land planning with the Brandenburg state government, and German Rail (DB) board member Mr Ronald Pofalla. 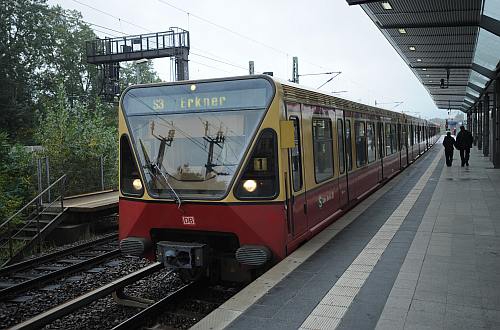 Berlin and Brandenburg are prepared to fund preparatory studies and plans for upgrading and expanding rail infrastructure in the region, and the three partners have agreed to set up an i2030 steering committee with the first meeting scheduled for November 29. Planning for i2030 projects will be coordinated by Berlin-Brandenburg Transport Association (VBB) and implemented jointly with Berlin, Brandenburg and DB.

“The trains are getting more full, especially in peak times when it is becoming increasingly difficult to get a seat,” says Ms Susanne Henckel, managing director of VBB. “We have to offer more trains and more capacity in the future, which requires more infrastructure such as longer platforms and additional tracks, and it is also necessary to eliminate bottlenecks.”