BRAZIL’s minister of regional development, Mr Rogério Marinho, has announced the construction of two new lines in Natal, expanding the total network in the city from 54km to 70km. 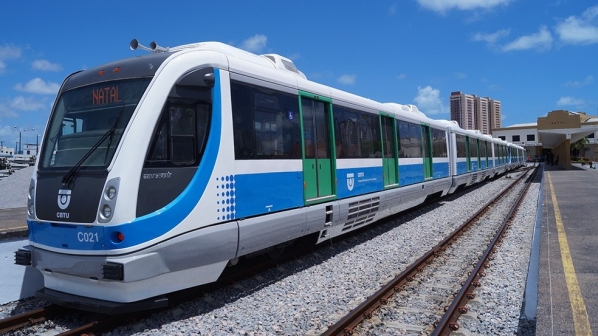 Around Reais 75.7m ($US 14.1m) will be released to the Brazilian Urban Train Company (CBTU) to connect the municipalities of São José de Mipibu and Nísia Floresta. A branch will also be built to connect the North line with the Extremoz and São Gonçalo do Amarante industrial districts.

“The main advantage for the population is the extension of the route,” Marinho says. “We will quadruple the number of passengers. We had between 13 and 14 thousand passengers per day, before the pandemic, which we hope will return to normal. With these two new lines, we hope that this will increase four times over, because we will serve the areas that are more densely populated.”