BRITAIN's secretary of state for transport Mr Patrick McLoughlin announced on August 7 that the Department for Transport (DfT) will commission a study into the constructin of a link between the southern section of the West Coast Main Line (WCML) and London's east-west Crossrail line, which is due to open in 2018. 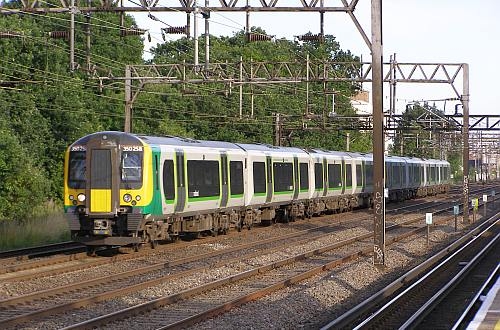 Building a short connection between Old Oak Common on the Great Western Main Line and Willesden on the WCML would enable suburban services which currently terminate at Euston to be routed into central London. The DfT says this could reduce journey times by up to 15 minutes and relieve pressure on Euston during the reconstruction of the station as part of the High Speed 2 project.

According to the DfT, initial analysis shows 40% of passengers travelling into London from WCML stations such as Tring, Hemel Hempstead, Watford Junction and Berkhamstead complete their journeys within 1km of a Crossrail station, but only 10% are travelling to locations within 1km of Euston.

Under current plans many Crossrail services will terminate at Paddington because travel demand is higher at the eastern end of the route than the western end. Bringing the WCML onto the Crossrail network could help to address this imbalance, although the DfT says any changes will not affect the timetable or planned service pattern that has already been developed for Crossrail.

The European Union has allocated €2.9m towards the study through the Trans-European Network (TEN-T) programme.