THE board of Californian commuter rail operator Caltrain has authorised the release of a design-build request for proposals (RFP) for the Peninsula Corridor Electrification Project (PCEP), the next step in the $US 1.5bn electrification of the 82km San Francisco – San Jose corridor. 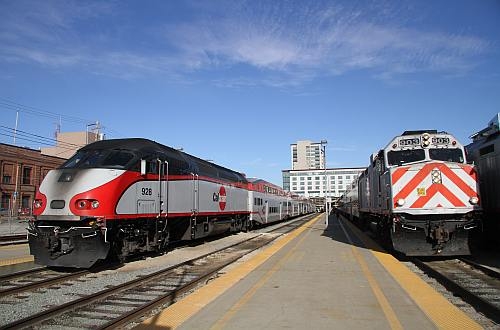 The RFP will be issued to six prequalified groups later this month and the contract is due to be awarded at the end of the year.

Traction power will be provided by 10 substations and prospective bidders are required to offer alternative configurations for catenary design, with a centre-mast arrangement being suggested to minimise trackside tree-felling. During the environmental review, Caltrain applied these alternative designs to five test cases. In one case, the number of trees required for removal was reduced from 50 to 14 using the alternative design.

Last November Caltrain revealed that costs for the electrification project and its broader modernisation programme had increased by 20%. The start of electric services was also deferred from late 2019 and the switch from diesel traction is now expected to take place between late 2020 and mid-2021.

The board has agreed to a number of alterations to the scope of the project, which are expected to reduce costs by around $US 85m. These include eliminating the electrification of Union Pacific-owned tracks, deferring electrification of storage tracks at the 4th and King yard in San Francisco and Michael Yard in San Jose.