A majority in the Danish parliament, including the government and two other parties, has decided that the operation and maintenance of the Copenhagen S-Train network will be put out to tender in a public-private partnership. 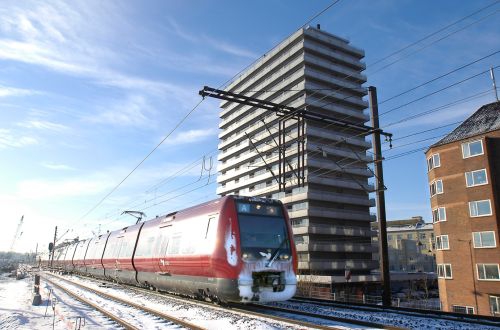 The unique fleet of 105 Alstom-LHB/Siemens class SA EMUs used to operate the network is due for replacement from 2024 onwards. With the rollout of Communications-Based Train Control (CBTC) on the network, the opportunity will be taken to introduce driverless operation, starting with the self-contained Ring Line in 2024-2026.

If this is successful, the government plans to extend driverless operation to the remainder of the network by 2036. The cost of automating the 170km 84-station network is estimated to be DKr 4.2bn ($US 660m), including the installation of lineside fencing and platform screen doors.

This will enable frequencies to be increased by at least 100%, more on Line F, and 24-hour operation will be introduced, mirroring the service level on Copenhagen’s driverless metro network.

It is estimated that the increase in frequencies and longer operating hours will boost ridership by 12-13 million passengers per year, which will finance the cost of automation.

In addition to these plans, a study is underway into the conversion of two of the four main line tracks between Høje Taastrup and Roskilde to S-train operation, as there will be surplus capacity on this stretch when the Copenhagen - Køge - Ringsted high-speed line is fully operational.

Roskilde City Council has previously resisted S-Train operation, as it feared a reduction in fast regional and inter-city services to Copenhagen, but opinion appears to be changing with the prospect of fast electric regional trains from Holbæk/Kalundborg and a 10-minute interval S-Train service.

The second part of the agreement involves separating Copenhagen - Helsingør Kystbane services from the Øresund services to Sweden. This is a result of unsatisfactory regularity, caused by combining what is effectively an intensive inner-suburban service on the Helsingør - Copenhagen Central - Copenhagen Airport corridor with a widespread regional service in Sweden, much of it on single-track lines.

There will also be additional local services from Nivå/Copenhagen (Østerport) to the airport via the intermediate stations, Ørestad and Tårnby.