TESTING and commissioning of the first of 13 new class 61 DMUs built by CRRC Zhuzhou for Malayan Railways (KTMB) is underway in Malaysia. 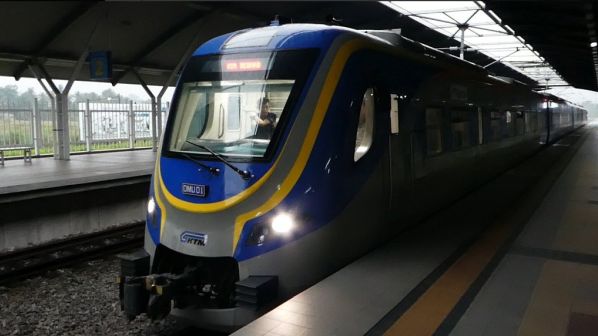 The four-car 1000mm-gauge DMUs have a design speed of 140km/h and are expected to operate at up to 120km/h. They are equipped with a graphene-based supercapacitor designed by CRRC which stores braking energy for reuse during acceleration as well as two MAN powerpacks.

The trains will operate services on Malaysia’s east coast corridor.

Assembly of the first two trains took place at the company’s Chinese plant with production of the remaining sets taking place at its factory in Batu Gajah in the Malaysian state of Perak.

The contract for the trains was awarded alongside another order for an additional nine class 93 inter-city EMUs in April 2017.