A full-size mock-up of the next-generation Berlin S-Bahn train has been unveiled by Stadler Pankow and Siemens, just 10 months after the two companies were awarded a framework contract to supply up to 1380 vehicles with an initial order for 106 trains. 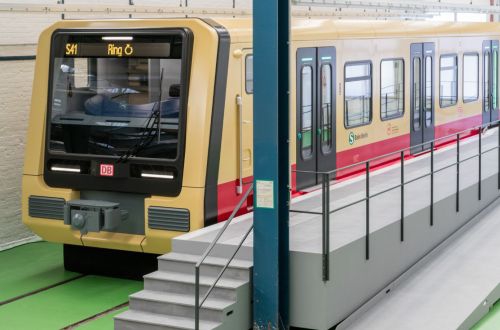 Over the next four weeks, DB subsidiary S-Bahn Berlin will invite around 400 passengers and representatives of various organisations to test the mock-up at Schöneweide. Feedback from this exercise will feed into the development of the new trains.

The design phase of the project is due to be completed by the middle of next year, when the assembly of the first pre-series train will begin. Testing is scheduled to start in spring 2019 and the first 10 trains will be delivered to S-Bahn Berlin in 2020.