GERMAN Rail (DB) subsidiary DB Regio Bayern confirmed on January 4 that it will order new Alstom EMUs for the Nuremberg S-Bahn after the company was awarded both lots of a concession to continue operating the network beyond the expiry of its existing contract. 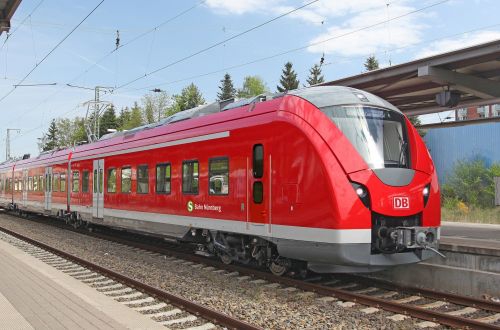 Under the new contract, which starts in December 2018, DB Regio Bayern will operate 7.3 million train-km per year on the four existing S-Bahn lines and the new Line S5 to Allersberg.

Bombardier Talent 2 EMUs will be used on lines S1 and S2, while Alstom will supply 27 Coradia Continental EMUs for lines S3-S5. Each four-car Coradia set will seat 230 passengers and the trains will be equipped with CCTV and toilets. The Alstom trains will be assembled at the company's Salzgitter plant and maintained at DB Regio Bayern’s Nuremberg Gostenhof depot.

Bavarian Railway Company (BEG) awarded National Express a contract to operate the Nuremberg S-Bahn in February 2015, but the British company subsequently withdrew from the concession last October claiming a lengthy legal battle with DB had damaged the economic viability of the deal. National Express had intended to procure Škoda trains for the network.