BERLIN senator for urban development and the environment Mr Andreas Geisel confirmed on December 9 that the Senate has selected DB Regio subsidiary S-Bahn Berlin as preferred bidder for a contract to operate the Berlin S-Bahn Ring/South East group of lines for 15 years from 2021. 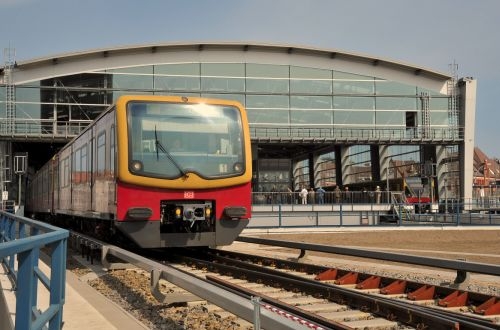 The contract covers the operation of around 9.7 million train-km per year and calls for the introduction of 191 new two-car EMUs, which will be supplied by a consortium of Siemens and Stadler Pankow. The fleet will enter service in five phases:

The introduction of new rolling stock will increase capacity on these lines by up to 20% and will improve accessibility for passengers with reduced mobility. The trains will be equipped with full-width gangways and CCTV.

DB says the existing depot at Grünau will be upgraded to maintain the new fleet and new train cleaning facilities will be installed.

The new concession was originally due to start in 2017. However, because of the complexity of procuring and commissioning a large new fleet of specially-designed trains for a technically-unique network, the Senate decided that it would not be feasible for bidders to introduce the new EMUs by 2017 and decided instead to directly award an interim contract to S-Bahn Berlin, which is the incumbent operator.

Financial details of the long-term agreement will be announced when contract is signed on December 21.