THE first phase of consultation for the Dublin Area Rapid Transit (Dart)+ West project has been launched, alongside details of the full Dart+ programme to create a sustainable, electrified, reliable and frequent rail service with increased capacity in Dublin. 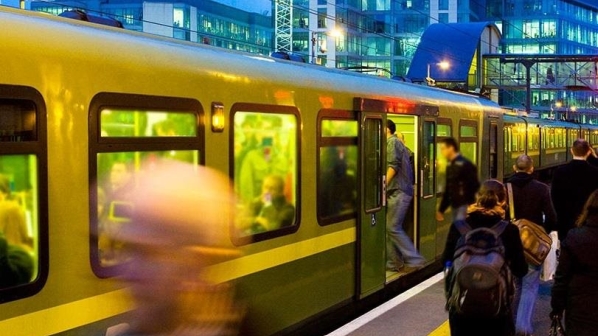 The consultation for Dart+ West, which will treble rail capacity from Maynooth/M3 Parkway to Dublin city centre and see Dart services extended to both lines, was launched on August 26.

Dart+ West is the first phase of the Dart+ Programme (formerly Dart Expansion), a programme of work to connect all lines and enhance service frequency and capacity.

The key aspects of the programme are:

The National Transport Authority (NTA) says the Dart+ Programme will contribute to a reduction in emissions within Dublin while providing a reliable alternative to private cars.

“We know that when people are offered a sustainable alternative to commuting by car, people respond positively,” says Ireland’s minister for climate action, communication networks and transport, Mr Eamon Ryan TD. "I believe that Dart+ is a crucial part of providing more people with that option. But we’re not just looking at Dart+ plans in broad terms. The first phase, Dart+ West, will have a hugely positive impact not just at its terminal points in Maynooth and Dunboyne, but in areas like Glasnevin, Broombridge, Pelletstown, Ashtown, Castleknock, Coolmine, Clonsilla, and Leixlip, all of which will now be on an integrated, electrified, fast and reliable, rail network.”

Dart+ West is the first Dart+ Programme infrastructure project to be delivered, and will significantly increase rail capacity on the Maynooth/M3 Parkway Lines from seven to 15 trains per hour, increasing passenger capacity from 4500 to 13,750 per hour.

This will be achieved through infrastructure investments including electrification and the introduction of high-capacity Dart EMUs and an increase in service frequencies. Communities will also benefit from reduced noise and emissions from electrification of the route.

The planned infrastructure improvements in Dart West+ include:

New coaches for the Dart+ Programme will also be deployed on Maynooth/M3 Parkway services.

The first phase of public consultation will present the emerging preferred option for Dart+ West to communities and stakeholders along the route. The feedback will assist in further progressing the design process prior to another public consultation later this year, with the planning application process due to take place in mid-2021. Construction is expected to commence in early 2022 with completion expected in late 2024.

“Dart has been one of the nation’s major public transport success stories and Dart+, with Dart+ West as its first phase, will bring sustainable, fast and frequent train services to tens of thousands of new and existing customers,” says Irish Rail (IÉ) CEO, Mr Jim Meade. “We encourage commuters, residents, communities and all stakeholders to participate in the public consultation to ensure we understand and incorporate their views in the ongoing design process.”

“Under Dart+, passenger capacity and service frequency will be vastly improved for people across the rail network in the Greater Dublin Area,” says Mr Hugh Creegan, deputy chief executive and director transport planning and investment with the NTA. “There is already progress to report, and the process of evaluating tenders for the purchase of up to 600 new battery electric multiple unit (BEMU) Dart carriages is now underway.”