MASSACHUSETTS Bay Commuter Railroad (MBCR), which has operated Boston's commuter rail network since July 2003, is seeking an injunction to prevent Keolis Commuter Services from taking over in July, alleging numerous deficiencies during the 30-month procurement process which it claims violate state bidding laws. 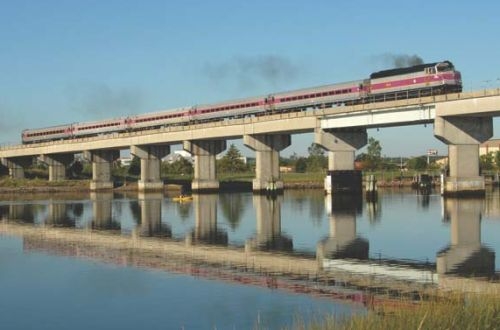 Massachusetts Bay Transportation Authority (MBTA) announced on January 8 that it planned to award an eight-year operation and maintenance contract to Keolis worth $US 2.6bn with two, two-year options. MBTA said Keolis' 12-year price of $US 4.26bn was $US 254m lower than MBCR's price of $US 4.51bn. MBCR was the only other bidder. The contract was confirmed on March 6 despite MBTA receiving a formal protest from MBCR which says the deficiencies and mistakes were discovered in documents made public by MBTA following public record requests. "These mistakes include a $US 428m understatement of actual commuter rail costs in the MBTA's Independent Cost Estimate (ICE), which omitted costs such as guaranteed annual wage benefits worth nearly $US 5000 per employee and $US 10m in existing costs for parts and materials that are required to maintain trains," says MBCR. "When compared with an accurate ICE, the fixed-cost bid price falls more than $US 500m below the realistic price of operating the system. Additionally, SNCF/Keolis failed to provide a detailed security plan as required by the Request for Proposals and instead offered a promise to prepare one sometime in the future."

MBCR also claims that records provided by MBTA show that its deputy general counsel, who was responsible for the integrity of the procurement, assisted Keolis in an apparent attempt to conceal documentation of significant non-compliance in the Keolis proposal. "A series of emails between the MBTA and SNCF/Keolis officials - exchanged after a legally binding deadline had passed - show the attorney advised SNCF/Keolis to withdraw an inquiry from the official record that would have required public disclosure of noncompliance," says MBCR.

"The holes in the MBTA's procurement process are big enough to drive a locomotive through," says Mr Alan Moldawer, an attorney for MBCR. "Every bid for a government contract must adhere to a strict, legally-prescribed process, but the MBTA ignored its fundamental responsibility to provide a level playing field to both bidders and overlooked obvious deficiencies that allowed SNCF/Keolis to stay in the bid process."

MBCR is a partnership of Veolia Transportation, Bombardier Transportation and Alternate Concepts, while Keolis Commuter Services is a division of Keolis North America which is owned by French National Railways (SNCF).